I’ve covered enough bass tournaments to know that cagey anglers unwilling to divulge their tactics will often dodge questions by... 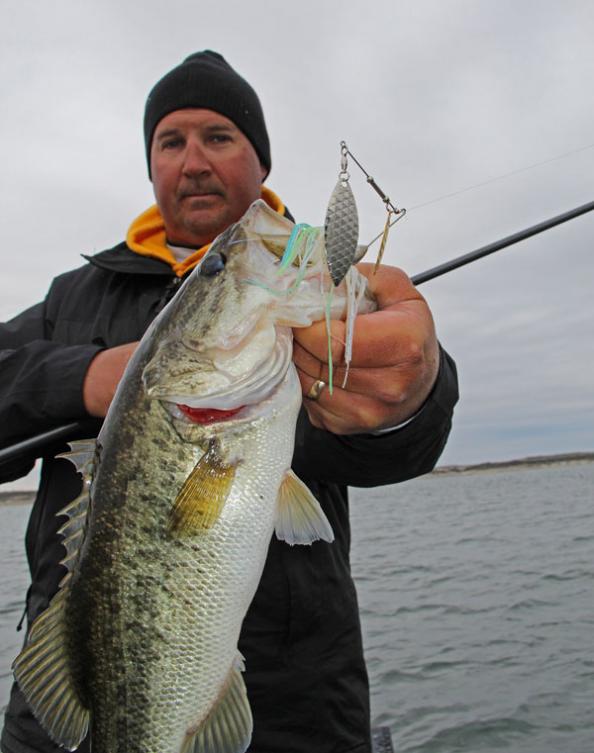 I’ve covered enough bass tournaments to know that cagey anglers unwilling to divulge their tactics will often dodge questions by offering generalities such as “plastics” or “moving baits.” One of the most common tools in that latter group is the spinnerbait. But, as a recent B.A.S.S. Nation Southern Divisional reminded me, success with a moving bait doesn’t necessarily require fast movement.

Typically, bass have no problem running down this flashy, vibrating object when the water’s warm and the weather’s stable. However, the recent tournament saw a cold front lower air and water temperatures and bring those dreaded high, bright skies as high pressure followed the front’s clearing.

As the weather stabilized, two particular tactics stood out:

1) Slow Rolling
Casting a spinnerbait into lanes in the grass, or along any likely bass cover and creeping the bait just fast enough to keep the blades turning. This allows the bait to bump bottom and any structure — somewhat like a shallow crankbait, but with more visual appeal. The big thing here is lethargic fish don’t have to chase.
**
2) Dead Sticking**
Rather unconventional for a bait whose appeal comes from a flaring skirt and flashing blades; but one of the anglers reported nabbing several fish by casting his bait into the grass, allowing the bait to fall, and then letting it sit for up to 30 seconds.

This takes a patience uncommon among anglers used to rapid fire power-fishing tactics. However, the deal here was that these uncooperative fish still need to eat and when a dead-sticked spinnerbait fell near a bass with a rumbling belly, it was like that stuck candy bar dangling at the precipice of its vending machine slot – you gotta go shake the rack.