When it’s meant to be… Well, apparently that was the case for Eric Lester, who caught New York’s largest inland... 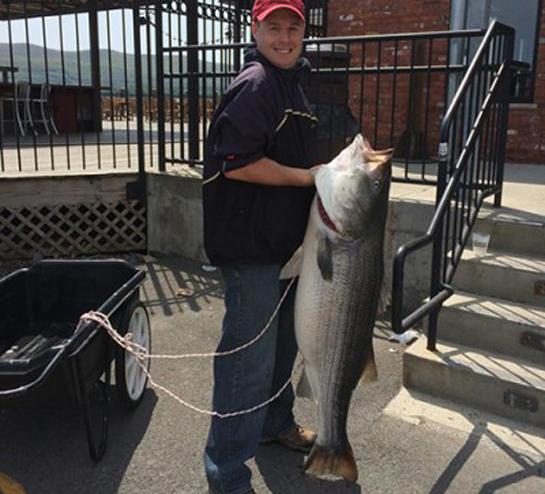 When it’s meant to be… Well, apparently that was the case for Eric Lester, who caught New York’s largest inland striped bass in early May. The New York Department of Environmental Conservation confirmed that the 60-pounder was also the state’s second heaviest freshwater fish caught since 1957 (behind a 69-pound muskie).

The big striper, estimated by state biologists to be more than 20 years old, measured 53.4 inches long and had a 33-inch girth. Fishing near the Newburgh-Beacon Bridge, Lester tempted the bass with a bloodworm.

The New York Daily News reports that Lester’s big catch nearly eluded him when a series of mishaps threatened to shut the window of opportunity. While fighting the big fish, his reel fell off his fishing rod. As if that weren’t difficult enough, the line became tangled with the boat’s prop.

Miraculously, the striper remained hooked and the line held long enough for Lester to scoop up his fish with a small net.

Lester noted that prior to his record catch, the largest fish he’d ever caught was a 6-pounder. He’s planning to have the record fish mounted.

That’ll be a nice reminder of what was meant to be.