How to Catch, Land, and Eat Gar

Photo by: Doug Olander It’s never a good sign when you need a machete at a fish-cleaning table, but that’s... 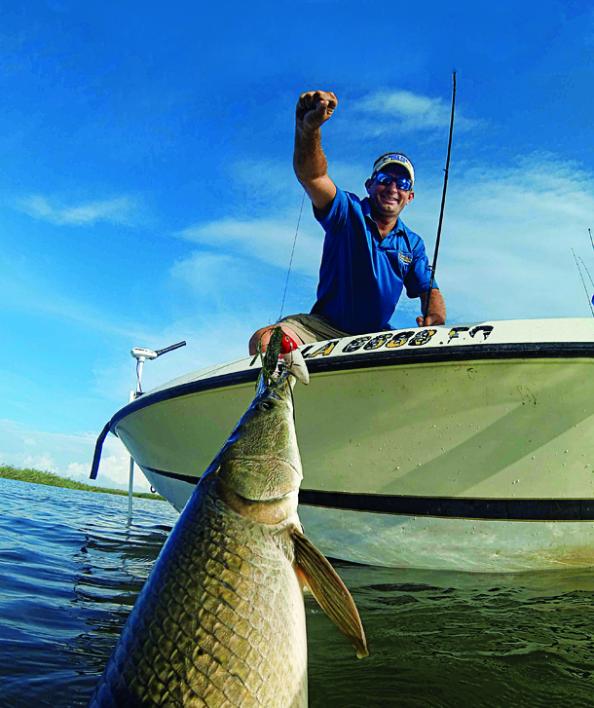 It’s never a good sign when you need a machete at a fish-cleaning table, but that’s exactly what Ross Montet is desperately searching for. Despite two coolers full of redfish, flounder, and trout to clean, Montet, a popular guide out of Venice, Louisiana, is focused on one thing.

“C’mon, let’s get that garfish cut up,” he says. “It’s gar balls on the menu tonight!” Few share Montet’s enthusiasm. Catching and eating “trash fish” is reserved for a few crazy Cajuns and backwoods rednecks, right? Well, maybe not. These long-beaked, tooth-laden dinosaurs of freshwater can be a blast to catch–if you know how.

Rope ‘Em In
Hooking a gar is damn near impossible. The bony bills on these fish resist penetration from hooks, no matter how sharp. With that in mind, savvy anglers know that entanglement baits are the way to go. Although Montet (cajunfishing adventures.com) hooks the occasional gar on cocahoe minnows while fishing for redfish in the Louisiana marsh, he has had more success using these entanglement baits, mostly known as rope lures. “Basically, a rope bait is a 5- to 6-inch piece of twisted nylon rope that has been untwisted and combed out, creating a filament net that gets tangled in the teeth of the fish,” Montet says.

“Gar don’t seem to have very good vision, so when you see one, cast in front of its nose,” Montet explains. “And when one bites, don’t set the hook. Let the fish turn, and then lift up on it. The strands of that nylon seem to tie themselves in knots around the teeth. It’s pretty effective and a lot easier than trying to set a hook into that hard and nasty garfish mouth.”

The Live Bait Trick
Although Montet thinks it’s more likely you’ll get a blind date with Jessica Alba than set the hook in the mouth of a gar, hooking these fish in the gullet is a different matter. “You can use live shad, sunfish, shiners, or even cut bait on a 4/0 Kahle hook. Nose-hook the bait and work it under a bobber, much like you would a plastic worm when bass fishing,” Montet explains.

Here comes the tricky part. When you see indication of a bite, do absolutely nothing. Gar will chew on live bait and swim with it before they actually swallow it. Let the fish run at least a minute, maybe two, before setting the hook. Because your line will most certainly be in contact with the teeth during the fight, a stout leader is mandatory. Wire is best, but sometimes it will spook the fish. If this is the case, opt for 50-pound mono.

Timing
Once the water temperature reaches 60 degrees, gar start thinking about spawning.”But when water temperatures reach the 80s and 90s, activity increases,” Montet says. “When you find one, there could be 100.”

How to Build a Rope Lure

▶ Secure the jig, spinnerbait, or hook in a vise.

▶ Fold the rope in half and secure with zip tie about ½ inch from the top (1).

▶ Mix the epoxy and apply to the area where you tied on the rope.

▶ When the epoxy is dry, clip off the hook just at the start of the bend. Separate the rope fibers with a comb (2). Use the lure unweighted for flyfishing, or add weight to the hook shank to use it with conventional tackle.