Life experiences tend to prepare us for future challenges, but Alabama angler Deb Hebert had to summon the collective power … Continued 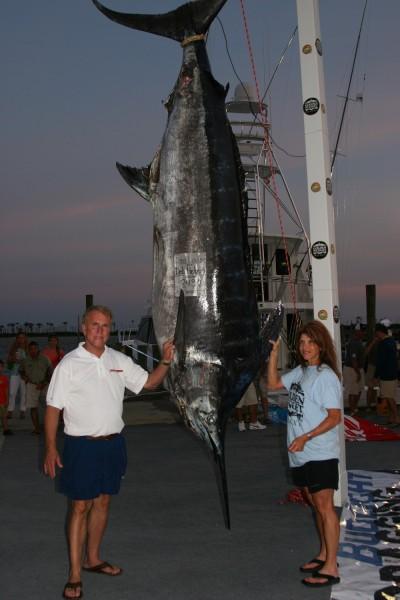 Life experiences tend to prepare us for future challenges, but Alabama angler Deb Hebert had to summon the collective power of her professional and personal accomplishments to prevail in the greatest challenge of her fishing career: landing a 843.7-pound blue marlin that earned top honors in the recent Mississippi Gulf Coast Billfish Classic out of Point Cadet Marina.

Hebert, an emergency room doctor, a lieutenant colonel who has flown with the Keesler Air Force Base’s Hurricane Hunters, and a fitness buff who completed 13 marathons, is used to managing stressful scenarios. But she said the fish posed a new set of challenges.

“My arms are so sore, I can hardly straighten them out,” said Hebert, who fought the massive marlin for three-plus-hours aboard the 68-foot Hatteras, Iona Louise. “I’ve got bruises that I didn’t even know I was getting when I was fighting the fish.”

Hebert’s marlin was the largest caught by a woman in the tournament’s 18-year history.

“It was incredible. I’ve only been fishing for two years and this was my first blue marlin,” Hebert said. “I’ve caught and tagged white marlin, but this is my first blue.”