Video: Secrets Behind a Flounder Bite

John Skinner captured great video proof of how flounder reacts to bait. And the fish’s actions aren’t at all what... 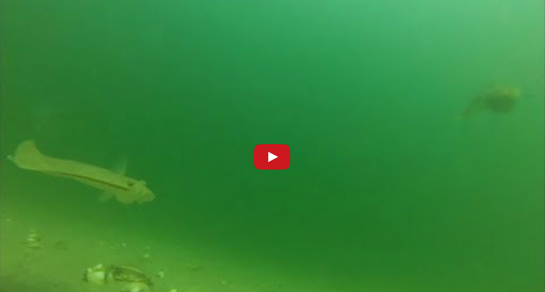 And the fish’s actions aren’t at all what we thought.

The Long Island resident took to the ocean with a GoPro camera in about 20 feet of water to document how flounder react to strip bait.

The first thing viewers will notice is that the flounder aren’t buried on the bottom awaiting an ambush. Rather, they are actively pursuing the bait. Another realization is that the fish continue swimming in the direction of the bait even after they take it. This, of course, means that an angler might not know that he or she has a flounder on the line.