Some anglers are leaving warming rivers behind, but the trout are still feeding there. To have success in summer, you... 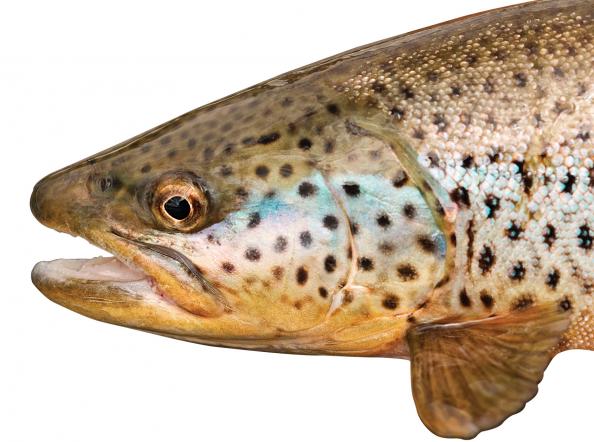 Some anglers are leaving warming rivers behind, but the trout are still feeding there. To have success in summer, you just need to understand a few subtleties.

In a Nutshell: Most people ignore riffles–but you shouldn’t. If the fish aren’t there, target deeper holes and undercut banks where fish find moving water and shade.

Secrets: For water temperature, 55 degrees is the magic number. We did an experiment with an on-river aquarium. When the temperature hit 55, those fish were feeding.

Lures: Gold Mepps are hard to beat. Small Rapalas in blue and silver can be productive, too. At night, you want something with more vibration, like a small Rat-L-Trap, and you can get away with heavier line.

Bait: Drift a nightcrawler with a little weight.

In a Nutshell: In the daytime, browns will stay in structure and shade, but at night they’ll move to open water, attacking mice, frogs, and large baitfish.

Secrets: A strong side hookset is key; if you raise the rod, you’ll pull the lure. It’s also a good idea to bring along an

extra headlamp and lots of bug spray or a Thermacell.

Lures: Mouse and frog imitations are best–the smaller, the better. Retrieve the lure slowly and steadily. Fish won’t respond to an erratic retrieve.

Home Base: Heart of the Driftless Region, northern Iowa

In a Nutshell: As temperatures rise, the range that a brown trout will move to chase down a meal is cut by half. They’ll be hiding near undercut banks, sunken logs, and deep pools.

Secrets: Concentrate your efforts in the early mornings and late evenings, and use fluorocarbon line.

Lures: Go with small Rapalas in the early part of the day and switch to a Mister Twister later on.