It’s the triple play, the pick-6, the hat trick of crappie fishing. Breaking the 2-pound mark happens enough to give... 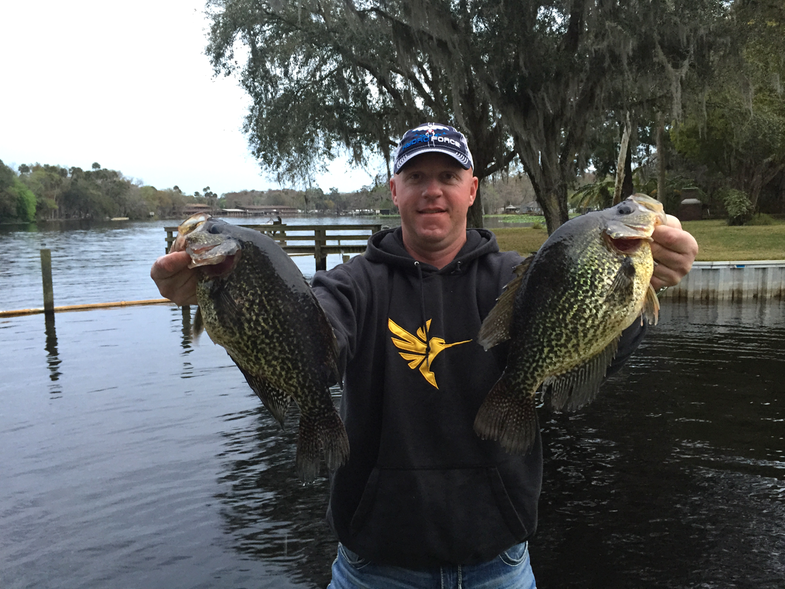 A pair of giant crappie. David A. Brown
SHARE

It’s the triple play, the pick-6, the hat trick of crappie fishing. Breaking the 2-pound mark happens enough to give anglers hope, but it’s a rarity requiring much more than a cork-and-minnow.

That formula varies lake-to-lake, but here’s a roundup of pointers that’ll up your chances of meeting a giant crappie:

1. Bait Size Matters
When spring gathers hulking females in shallow spots, expect a big-bait preference. Example: T.J. Stallings of Alabama recalls his best day — a dozen over 2 pounds — when giant slabs were all over jumbo Road Runner with a 4/0 hook.

Later in the year, the exact opposite may be true.

“I have caught 3-pound fish in November with the smallest hair jig and small minnow that I could find on the boat,” Morgan said. “That all depends on whether they are aggressive or they are lethargic and just surviving.”

2. Don’t Miss the Strike
Counterintuitive as it seems, a big-crappie bite won’t necessarily feel so big.

Morgan notes: “A small crappie will attempt to bury a rod five eyes deep in the water when you’re trolling, but a fish of 2-plus pounds more often than not will barely move the rod tip.”

3. Go To School
Detecting one delicate bite means more than one fish, says Morgan. The jumbos tend to group by size, so catching one 2-pounder often means you’ve found the meat pile. (Tip: Postpone the high-fives and bragging pics and maximize the moment.)

5. Stake It Out
Find the right cover, says Alabama’s Dan Dannenmueller and you can usually count on territorial fish for consistency.

“Certain trees, brush piles and docks will hold big fish continually every year,” he said. “I believe it is a combination of food availability, access to deeper water and protection from predators. I have found that, on many reservoirs, the big fish live most of their lives near their spawning grounds if these conditions prevail.”