It was a thing of beauty: a small pasture pond with scattered patches of standing timber spiking up from depths... 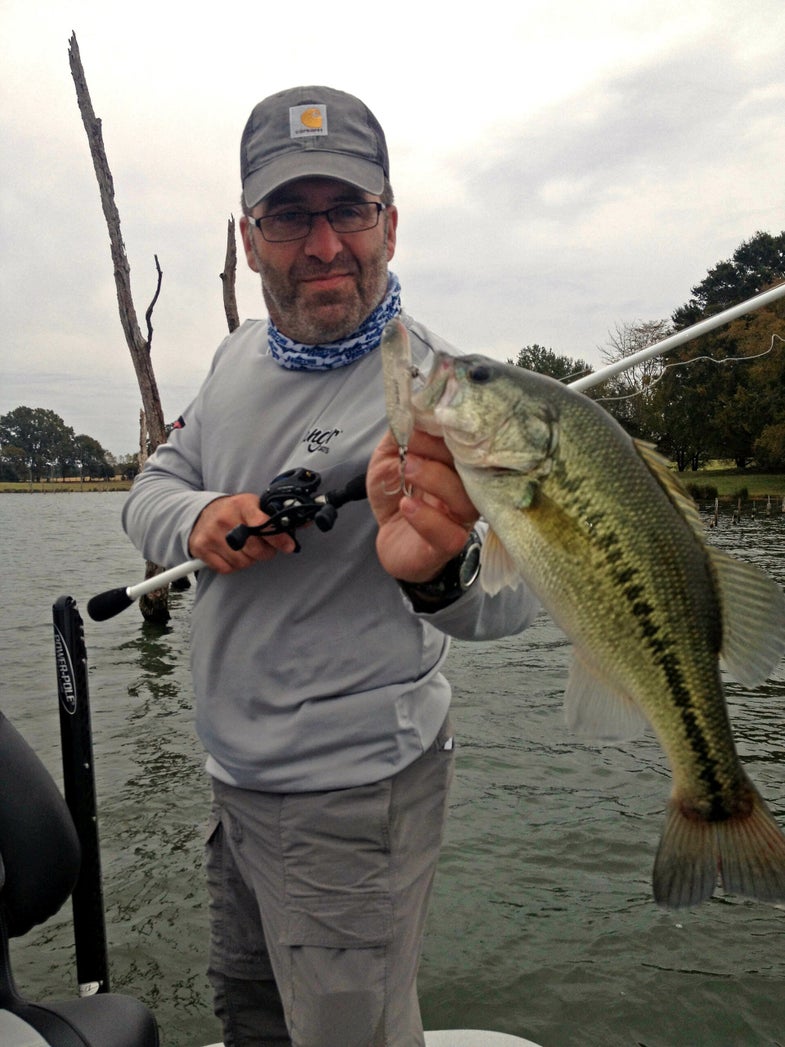 It was a thing of beauty: a small pasture pond with scattered patches of standing timber spiking up from depths of 8 to 12 feet. That, in itself, can be a recipe for an arm-stretching. But when we approached the pond’s largest timber, I beheld that flashing neon “Cast Here” sign: a 50-foot fence row reaching into the water and terminating about three yards from the timber.

Mississippi pro Pete Ponds hosted me and our bass bud Lawrence Taylor for a morning photo shoot and, well, this was by far my favorite part of the deal.

Ponds quickly found a wad of fish holding near the end of the fence row and brought several 2- to 4-pounders to the boat on Bandit crankbaits.

I watched, I shot my photos, and I realized there was more to life than shooting photos.

Picking up a rod with a Heddon Zara Spook (flitter shad color) I fired off an ambitious cast toward the center of the fence row. Since Ponds was our primary angler, he had the bow angled for his presentation. I knew I couldn’t deliver my cast with a line drive shot, so I decided to finesse it into the zone with kind of a high, lobbing deal.

“Adjust for the wind,” Ponds coached. 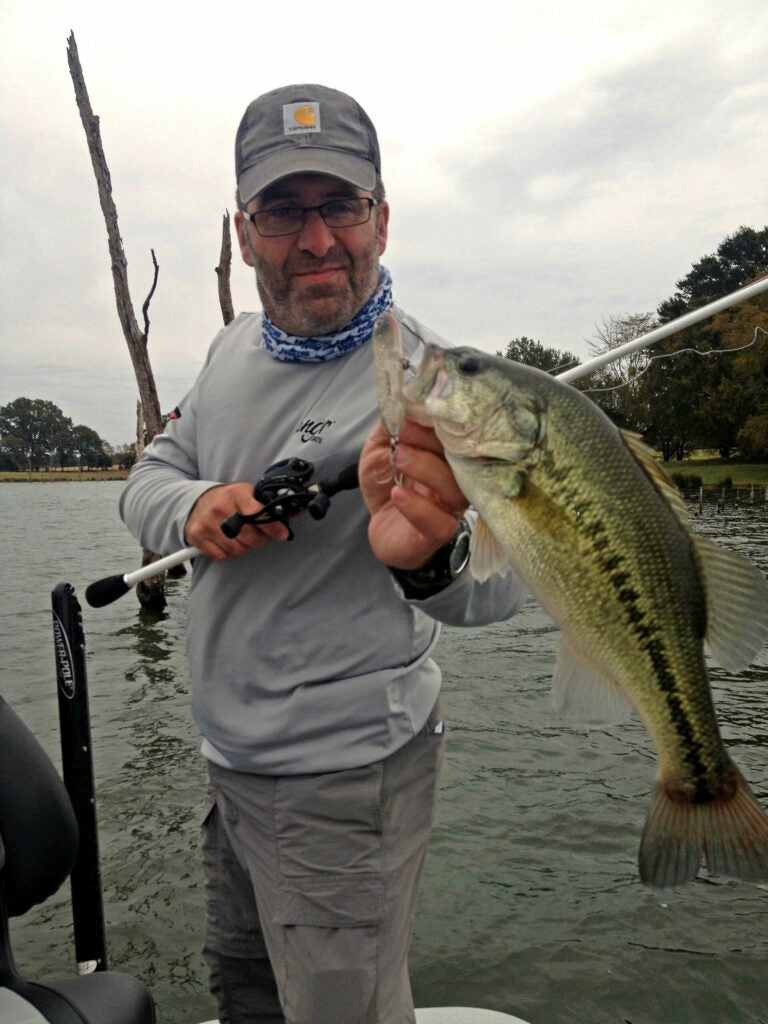 I was way ahead of him on that thought and with a deft touch that probably would have surprised those who think that I only write about this stuff, I dropped that spook a foot from the fence–and right on top of a serious bass.

The water erupted, and a big green back rolled up like a finned submarine and then disappeared.

“The biggest fish usually bite first and if you miss him, you probably won’t get another shot,” Ponds said; likely not intending to burst my bubble, but, you know.

And indeed, that was the one and only appearance the fence boss would make that morning. But with the big guy done for the day, a dozen bass matching Ponds’ own range ravaged my topwater.

The funny thing was, I got no love whatsoever when I cast near the timber, not even in the gap between the end of the fence and the trees. But let that spook land within three feet of the fence, preferably in the latter quarter, and it was game-on.

Flooded fence rows aren’t only a private pond deal, so pay attention to anywhere such complete or remnant structures pierce the lake, pond or canal you’re fishing. Stay way off the structure and fish shallow-to-deep to find the sweet spot.

It may be a certain section of fence, possibly some brush blown into the submerged sections, but the fish will almost always favor a defined area. Just maintain a good fighting angle because, as those who’ve lived around the fence a while know, when they swim between the wires, you can’t follow.