When the Bassmaster Elite Series visited Lake St. Clair back in August, Jordan Lee fished a light dropshot rig on... 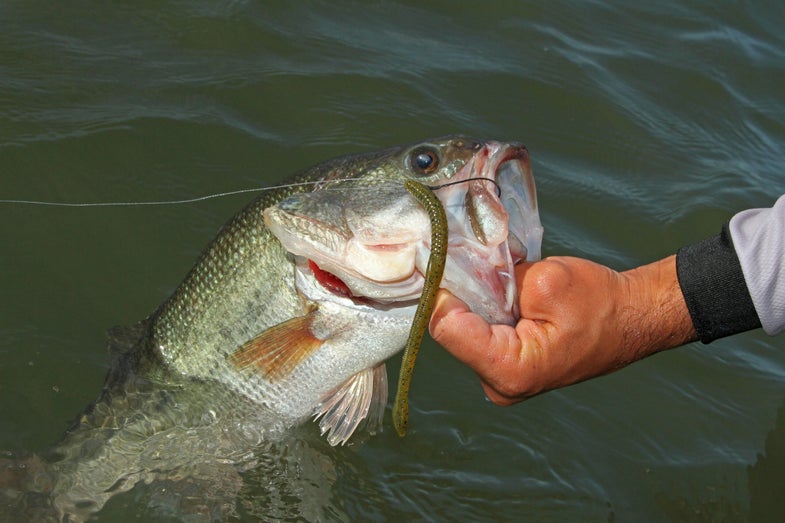 When the Bassmaster Elite Series visited Lake St. Clair back in August, Jordan Lee fished a light dropshot rig on light spinning gear like everyone else. Smallies dig it and when you’re fishing over deep rocks with nothing but water between you and the fish, the “fairy wand” deal works just fine.

However, in his Alabama home waters, as well as anywhere he targets largemouth around shallow cover, Lee won’t hesitate to employ the same rig – only with different components and a beefier delivery system. It’s called power shotting.

Ditching the dainty 3- to 4-inch baits and 6- to 8-pound line common to traditional dropshotting, Lee fishes 10- to 15-pound fluorocarbon on baitcasting tackle and rigs a 6- to 7-inch worm on a 2/0 straight shank hook with a ¼-ounce Strike King Tour Grade tungsten weight.

“This is a great way to catch big fish in pressured situations,” Lee said. “This works great around docks and wood cover because of the heavier tackle.”

Lee prefers a higher gear ratio – at least 7.3:1 – so he can quickly gather slack, get a hook in the fish and pull him out of cover. In addition to the strength it provides, baitcasting gear affords him certain benefits rarely needed in the deeper spots where spinning rods rule.

“I’m usually pitching this rig, so I can make really accurate casts with the baitcaster and hit those targets,” he said. “