At a restaurant with friends or family, watching a lady ask another to join her on a restroom visit is... 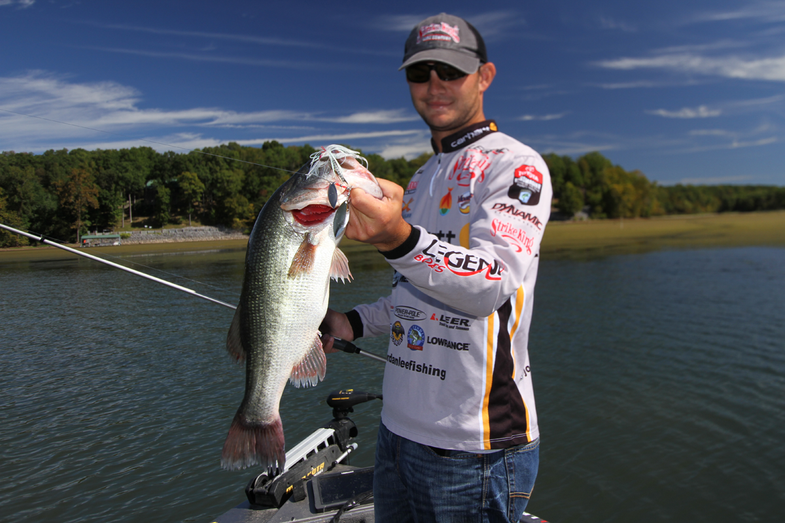 At a restaurant with friends or family, watching a lady ask another to join her on a restroom visit is as commonplace as ordering coffee with dessert. So, it’s not so surprising to hear Bassmaster Elite Series pro Jordan Lee explain that one of his strategies for finding postspawn bass involves dialing in a common depth zone where these exhausted gals gather in common recuperation.

“A lot of times, I’ll try different depths of water because sometimes you can key in on that at certain times of the day,” Lee explained. “You’re always going to have certain fish at different depths, so I try to find a depth where a lot of fish are holding.

Unlike the offshore game that’s next on the bass’ seasonal progression, Lee’s less dependent on his electronics than he is on the power-fishing principle of covering water.
“Most of the time, I’m just going to pull up (to a likely area) and fish points and humps,” he said. “A lot of times, the fish aren’t going to be grouped up enough to see them on your graph. You may just have to go fish and pick of one here and one there.”

Lee’s game to throw a spinnerbait or a Strike King Heavy Hook swim jig with a Strike King Rage Tail Menace trailer. Success, he said, depends on covering water and knowing that these postspawners will chew.

“Postspawn’s a really good time to power fish and throw big baits,” Lee said. “They’re coming off beds, so they need to eat.”