I watch episodes of Deadliest Catch or plug in The Perfect Storm and think to myself “Forget that!” I’m no... 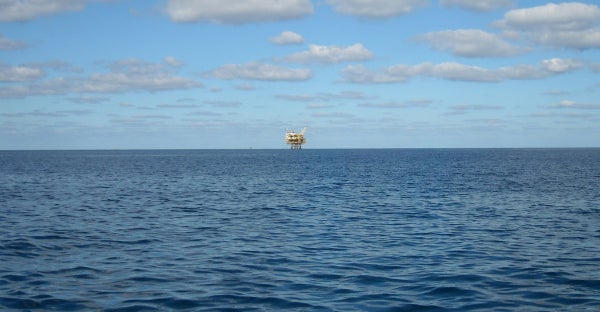 I watch episodes of Deadliest Catch or plug in The Perfect Storm and think to myself “Forget that!”

I’m no fair-weather fisherman, and no one has ever had to take me back to port, but I’ve gotten over my need to prove anything to the world.

Admittedly, I often lament tilted photo horizons, sea spray on lenses and difficulty with poses, but in truth, I just don’t enjoy getting bounced around in “washing machine” conditions.

That’s why I love those occasionally slick-calm winter days in the Gulf of Mexico. We get plenty of glassy conditions throughout the summer too, but once the cold fronts start marching down in mid-fall, you can count on several months where marine forecasts of 15- to 20-knot winds and seas 3-5 feet – or more – become the norm.

But let that wind drop off for a few days and the Gulf will flatten out nicely. This allows eager anglers a window of opportunity.

Think about it: Generally rough conditions keep most sane individuals off the water for most of the winter season. Therefore, those reefs, wrecks, ledges and rock piles get a break in fishing pressure.

Also, the massive bait schools common to the warm season are far less abundant during winter, so the grouper, snapper, amberjack and others are usually very receptive to pretty much anything you care to drop.

My suggestion for a productive winter trip in the Gulf of Mexico: Load up on a variety of frozen baits – sardines, Boston mackerel and squid, trap or buy several dozen pinfish and hit the channel markers and shallow reefs on the way out to catch blue runners, pigfish, small grunts, etc. with gold-hook (sabiki rigs).

Complement the natural baits with a selection of jigs – bucktails, diamond jigs and butterfly type jigs (the ones with the tandem hook harness at the top).

Before committing to the anchor, idle your spots and look for fish marks and any bait schools, but remember the fish could be tucked in their hidey holes when the current is strong. If this is the case, motor drift your spots and pay attention to which baits are producing best and which areas of the structure seem to be hosting the most fish.

Offshore, note your patterns and replicate what’s working to make the most of these rare and often bountiful calm winter days.

Safety note: Before launching, take a careful look at the day’s weather progression and plan a wise route the allows you to take advantage of any increasing winds. More than once have I seen a dreamy morning become a nightmarish afternoon when the next front decides to make its move.

Do yourself and your loved ones a favor and file a detailed float plan prior to departure. This is always a good idea, but when the water’s cold and the weather’s fickle, it’s really a must-do.