Wally Marshall has a simple solution for catching crappies hiding way back under the shady shelter of docks and boat... 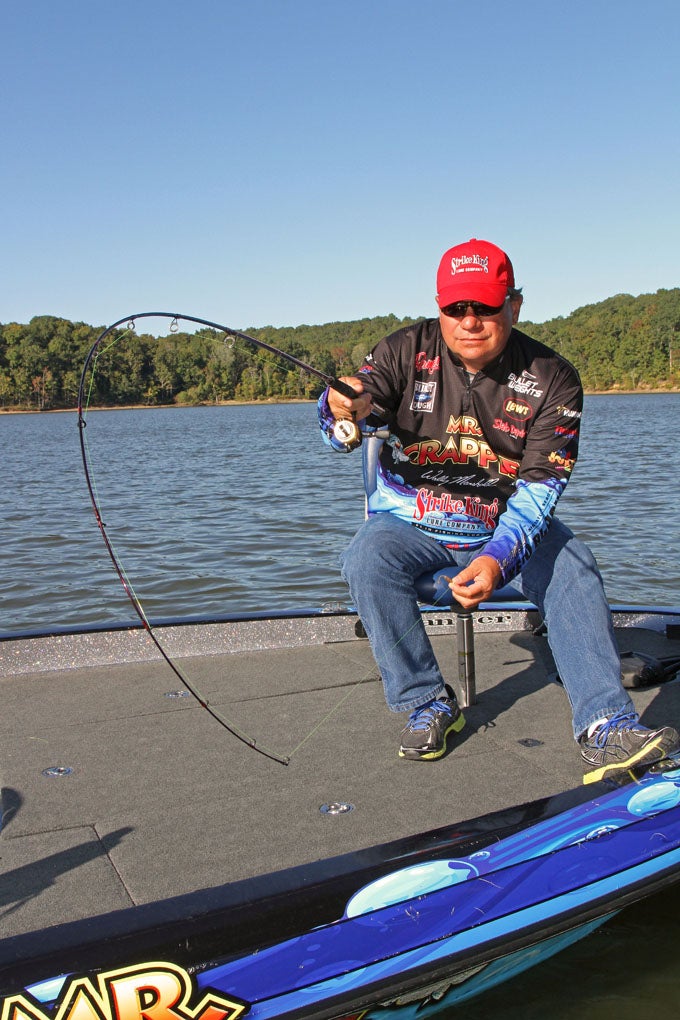 Wally Marshall has a simple solution for catching crappies hiding way back under the shady shelter of docks and boat slips: shoot ‘em all!

No, the guy they call Mr. Crappie isn’t busting caps on these heat-weary fish; rather, he’s employing an aggressive tactic designed to deliver jigs into the tightest of confines.

Applying the same principle bass anglers use to skip jigs under docks for largemouths, Marshall’s tactics reach crappies that probably consider themselves unreachable. Suffice it to say, the sudden arrival of a tempting bait finds the fish far less wary than they are in open water.

Marshall sits on his bow seat, holds the rod low and pointed at the spot into which he wants to shoot his jig and with about three feet of line off the tip, he pulls the jig backward like he’s drawing a bow.

A steady hand is paramount; that jig will precisely follow that rod tip when released. Proper finger placement on the jig is also key. Think about it: Anything downrange of the hook point might feel a sudden, sharp impact, so hold the jig with thumb and forefinger and tuck those other fingers well out of harm’s way.

Beyond that, it’s really just a matter of trial and error, by which repetition refines your aim. Just get your hand back on the reel as soon as you deliver that jig. Hit a school of hungry crappie and your jig won’t sink far.