The Fall of Record Bluefish: How to Get In on the Action

A legendary fall run of striped bass and bluefish—the likes of which anglers have not seen in years—is underway off... 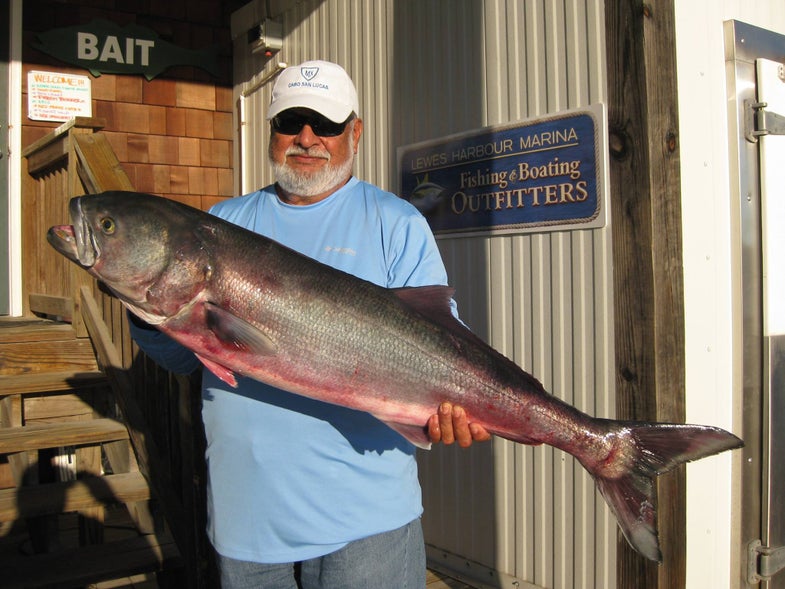 A legendary fall run of striped bass and bluefish—the likes of which anglers have not seen in years—is underway off the coasts of New York, New Jersey, and Delaware. Bluefish generally average in the 5 to 12-pound class in the Northeast, but once bluefish hit the 15-plus pound mark they start garnering pet names like slammers and gators. Once they break the rare 20-pound class, they are often referred to as gorillas.

On November 6, Chris Voorhees beached a 25.25 pound bluefish from the Atlantic Beach (New York surf), trumping the previous record of 25 pounds that has stood since 1998.

Just two weeks later, Dr. Luis Mispireta crushed the Delaware state record with his 24.8-pound blue that busted the previous 21.9 pound record that has stood since 1980. 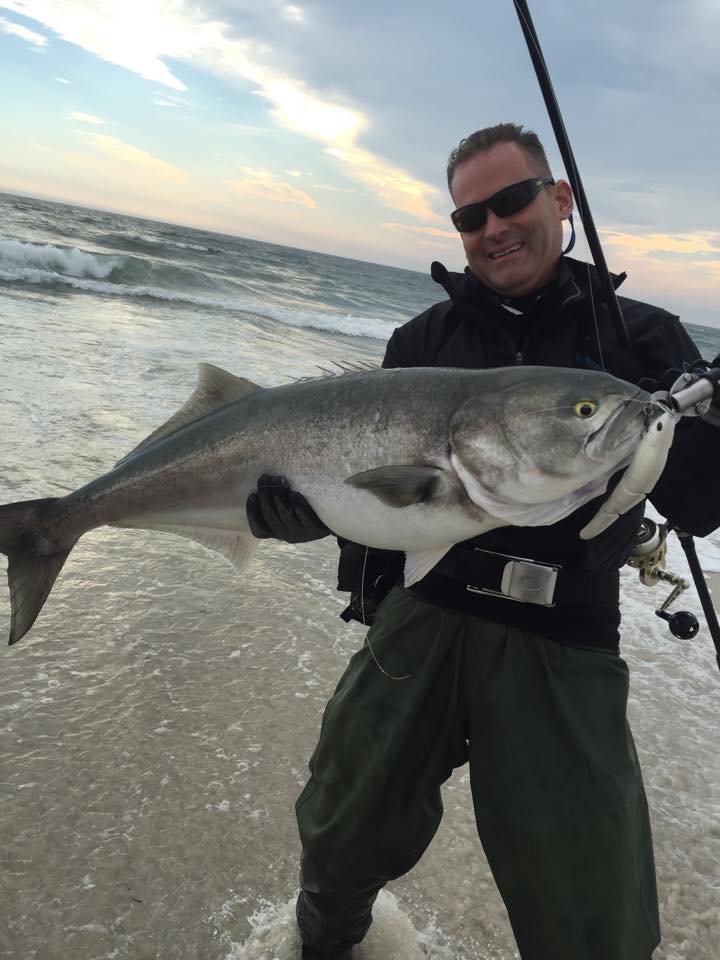 Pound for pound, bluefish are almost unanimously thought of as being the hardest fighting fish in the ocean. To me, they are second only to amberjack.

Though Voorhees’s fish grabbed a Sebile Magic Swimmer lure and Mispireta’s gator ate a sea bass, big bruiser bluefish aren’t picky eaters, and truly the only real reasoning when targeting record-caliber blues is to go big and to carry plenty of steel leaders.

Schools of bruiser bluefish will run together, and you won’t see many smaller 4 to 6-pound blues mixed within with them as they will be cannibalized, so when you start landing trophy-class blues, there will be more around. Preparation is key.

Without a doubt, carry 12-inch 100-pound class steel leaders with the Duolock snaps wired in for easy lure changing. You won’t have a squirrel’s chance on the NJ Turnpike to land any blue if you don’t use a steel leader. Onto the leader, clip on a large 2 to 4-ounce artificial lure that can take a beating, like the old school Atom Poppers, metal Ava jigs or any real crappy poppers or plugs you may have.

Do NOT use any lure you don’t plan on losing or any cheaply made lure that will get destroyed. Always remove the treble hooks on lures and replace them with single Siwash hooks, lest you inevitably will end up with a treble in your hands attempting to remove them from a thrashing bluefish maw. Make a lot of commotion with poppers and plugs or reel in metal lures as fast as possible as bluefish are reaction strikers, especially when they enter “blitzing” mode and the only thing they see is the red in their eyes when wanting to attack and kill anything in front of them.

Gorilla blues are stormtrooping the Northeast shores, and I wouldn’t doubt it if more records start to fall in Jersey, Maryland and North Carolina. Stay tuned.