Stream stomping played a giant role in my formative years as an outdoorsman. A typical summer day began with a... 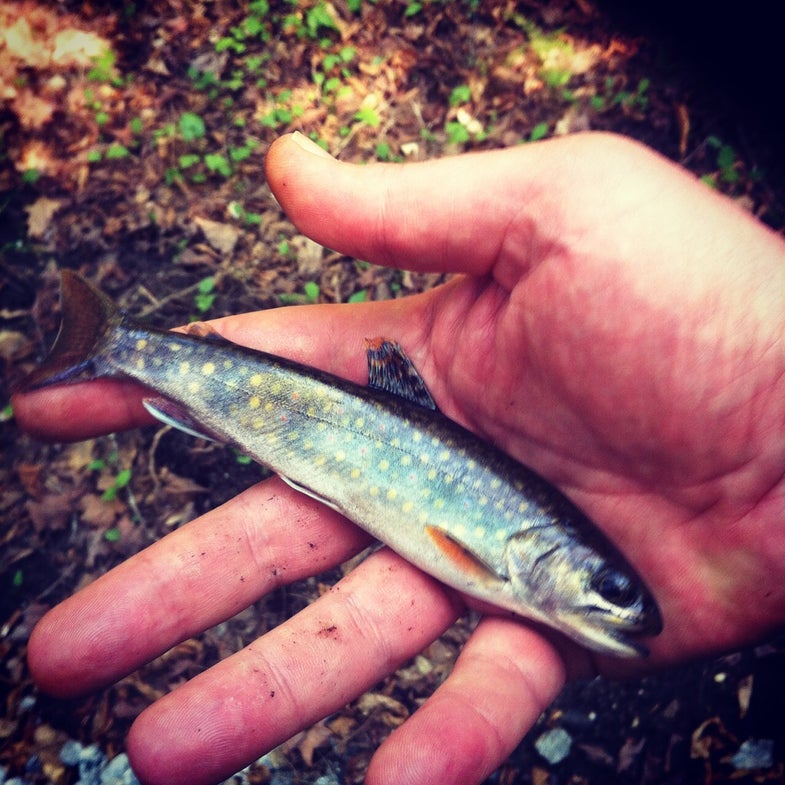 Stream stomping played a giant role in my formative years as an outdoorsman. A typical summer day began with a morning bike ride to check out roadkills from the prior evening, and then was quickly followed with a couple hours of flipping rocks, snatching crayfish, and grabbling brook trout. The small brook next to my house provided ideal conditions. When a brookie would dart for the shelter of a shoreline boulder, I would inch my hand in from behind, rub its belly and gently ease it out of the water—no lie. It was the same routine, day after day, summer after summer.

My affinity for those little native brookies runs even more deeply today. While my buddies wait for the stocking trucks to dump trout into the bigger rivers, I scout spring gobblers with a fishing rod, and bushwhack beaver ponds and backwoods streams. I use Muck boots for waders and a camo vest for a fly pack. It’s a clandestine undertaking born both from an unwillingness to share any of my spots and, frankly, a bit of shame. Admittedly, I eat native brookies each season—never more than my self-imposed limit of five per year. I tell myself that they taste far better than those pedestrian hatchery-raised fish, but it’s probably not the case. I just get a huge charge out of catching fish that are far more difficult to find than they are to catch and also might have a DNA trail that can be traced back to colonial America. To me, that’s cool—and it’s why I care about natives.

It’s also why Trout Unlimited’s, first-ever, “State of the Trout” report hits so close to home. Thankfully, T.U. doesn’t find native trout as simply “cool.” They are of critical importance to our future as trout fishermen whether you live in the trout-rich region of the western U.S. or throw a No. 24 Black Gnat or a No. 1 Mepps Fury in Massachusetts. Natives matter, but the news is grim.

“Native trout are in trouble—that’s the bad news,” says Chris Hunt, Trout Unlimited’s national communications director. “Of the 28 species that historically occurred in our waters, three have already become extinct. More than half of those that remain occupy less than a quarter of their historic habitat.”

Habitat loss is cited as the No. 1 threat to native trout species, but right behind it are the impacts of climate change, energy development, the introduction of non-native species, and increasing water demands.

“While the report’s findings are dire,” says T.U. president Chris Wood, “there are hundreds of examples where we’ve corrected past mistakes. Trout are incredibly adaptable and resilient—we just have to give them half a chance, and they’ll recover. That’s the message in this report—we can improve trout habitat, increase trout populations and make fishing better. But we need the support and the will to do it.”