Threats to the fish populations we rely on for sport and for food are numerous and varied. Invasive species, habitat... 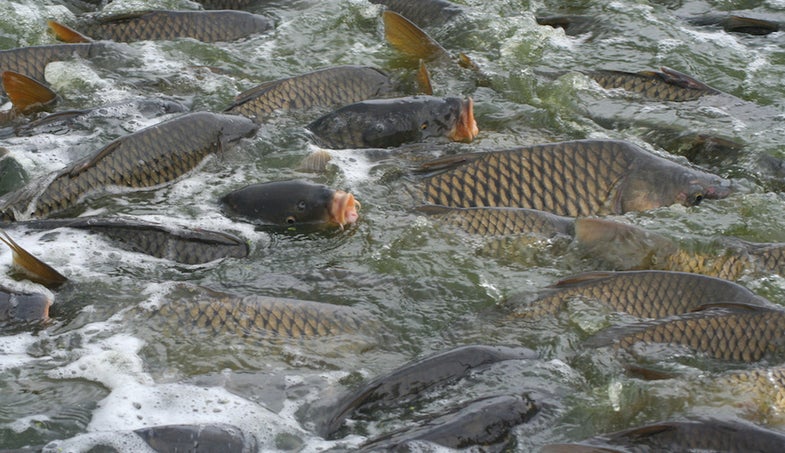 Threats to the fish populations we rely on for sport and for food are numerous and varied. Invasive species, habitat loss, poaching, pollution, overfishing and more cause damage to our once-abundant supply of native fish. Luckily, for every threatened fishery, there is a team of conservationists with a plan to protect it. Here are four measures to keep an eye on this summer, ranging from local to global in scale.

King of the Reef: The Lionfish Challenge

The Florida Fish and Wildlife Conservation Commission (FWC) has enlisted local spearfishermen to put a dent in the huge population of venomous, invasive lionfish that is overrunning Florida’s reefs. During the Lionfish Challenge, which began May 14 (“Lionfish Removal and Awareness Day“) and extends until September 30, anglers who harvest more than 50 lionfish will earn a commemorative coin, a t-shirt, a spot in the FWC Lionfish Hall of Fame, and a spot in a drawing for other prizes. For every additional 50 lionfish killed, participants get another spot in the bi-monthly drawings. The person who harvests the most lionfish overall will be crowned Lionfish King or Queen, and win, in addition to various forms of recognition, a lifetime saltwater fishing license.

As of June 30, participants have taken a total of 6,307 lionfish. David Garrett leads the chase for lionfish kingship with 684, and John McCain is in second at 374, with four other contestants on his tail in the 300s. Drawing winners have brought home Neretic polespears, Zookeeper lionfish containment units, $100 dive-tank refills, and annual fishing licenses.

Floridians who want to get in on the action can send a photo of their first 50 lionfish to Lionfish@MyFWC.com, and bring the tails of subsequent fish to any of 32 checkpoints on the Florida coast.

From July 1 through September 30, the Washington Department of Fish and Wildlife (WDFW) will allow the harvest of white sturgeon in Wanapum and Priest Rapids Reservoirs.

Sturgeon are survivors from prehistoric times, and some of the largest freshwater fish alive today. Once abundant, they are now threatened or endangered throughout much of their range due to problems like damming and overfishing. They are slow-growing and long-lived, and many species can reach well over ten feet.

One such species is the white sturgeon, found in salt and fresh water along the Pacific coast from central California to Alaska. They, like most sturgeon species, are heavily protected, but in this case the WDFW is making an exception.

Don’t plan on bringing home a fifteen-footer, though. Only sturgeon between 38 and 72 inches are legal to harvest, since most of the hatchery fish ought to be between those sizes. The daily limit is two, and night fishing is prohibited, as are barbed hooks, multi-hook rigs, fishing with more than one pole, and lifting sturgeon of over 72 inches from the water.

In 2009, the United Nations ratified a treaty designed to reduce illegal, unreported and unregulated (IUU) fishing, intending to remove some pressure from the world’s struggling fish populations. However, the treaty was not to be put into effect until it gained 25 signatories, a milestone it finally reached this year.

Last month the Agreement on Port State Measures to Prevent, Deter, and Eliminate Illegal, Unreported, and Unregulated Fishing (“Port State Measures Agreement” for short, at least until my handy acronym catches on) was brought into force, according to Mongabay. Signatory countries agree to examine all fishing boats entering their ports to see if they have engaged in IUU fishing, and, if they have, to turn them away without letting them unload their catch, pick up supplies or fuel, or receive any other services.

The UN hopes the hassle and expense of finding new places to dock with their illegal catch will discourage would-be poachers.

The treaty’s list of signatories includes coast-heavy nations like Australia, Chile, Indonesia, Brazil, and the United States. Notable omissions include China and Japan. However, member nations are encouraged to “take fair, non-discriminatory and transparent measures consistent with this Agreement…to deter the activities of non-Parties which undermine the effective implementation of this Agreement.”

The full treaty, available online, is 33 pages in length.

Attacking Carp Down Under

If you haven’t heard about this one, it’s a bit of a head turner: The Australian government believes it can use herpes to decimate its population of invasive common carp (Cyprinus carpio).

Australia has suffered some of the world’s most infamous animal invasions, and has had many of its indigenous species devastated by non-native red foxes, rabbits, cane toads, and more. Carp, for their part, have been in Australia for over 100 years, but recent flood years have caused their populations to expand larger than ever, according to the Commonwealth Scientific and Industrial Research Organization (CSIRO).

However, scientists believe that Cyprinid Herpesvirus 3 (CyHV-3), aka Koi Herpesvirus (KHV), aka carp herpes, could eliminate as much as 95 percent of the carp population. The CSIRO’s research so far shows that the virus affects only common carp, and cannot be contracted by other fish, or by other animals, including humans. The Australian government has invested $15 million into its National Carp Control Plan, which includes further testing to make absolutely certain the virus is safe, and research of methods for disposing of all those dead carp. Fifteen million may sound like a lot of money, but they estimate that carp cost their economy $500 million a year.

The government hopes to introduce the virus by late 2018. Yet as much as they hope it will help, they recognize its limitations. “Whenever a virus is used as a biological control agent,” says the Department of Agriculture and Water Resources “the virus kills large numbers of the target for the first couple of years. But gradually, over time, some resistance builds up.” However, they believe the carp will “never recover to their original levels.”