My brother Bill moonlights as a bouncer, he’s a big dude, and he would kill me if he ever knew... 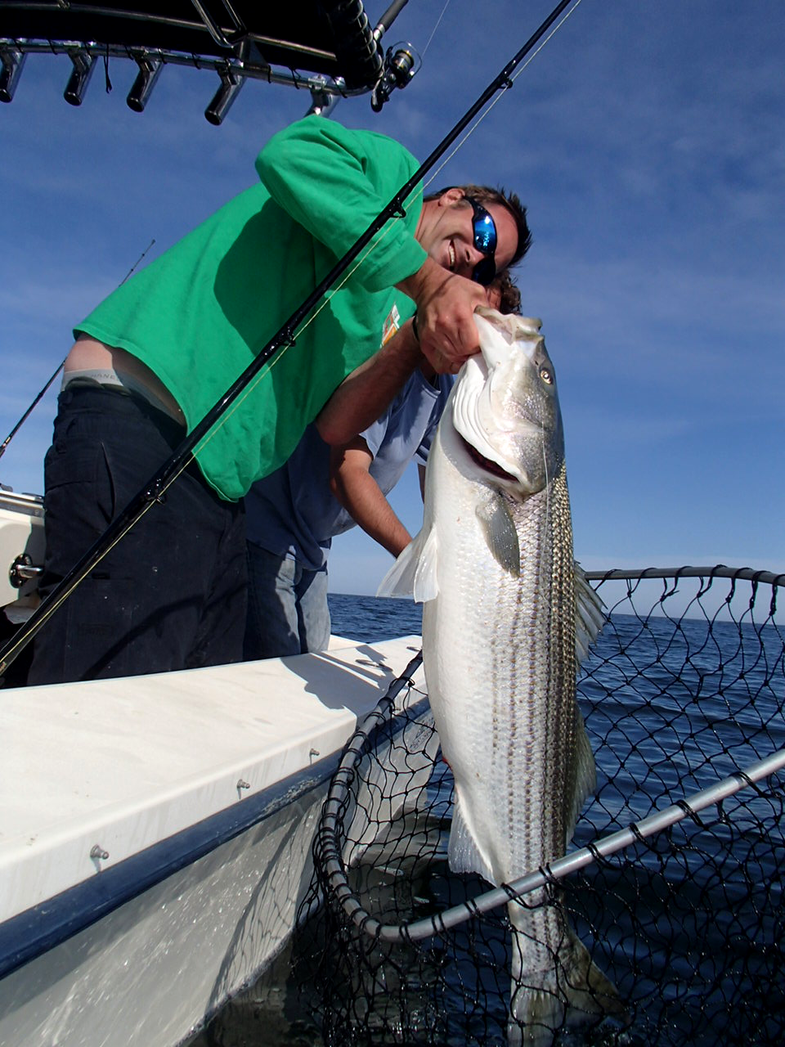 My brother Bill moonlights as a bouncer, he’s a big dude, and he would kill me if he ever knew I told this story.

One day a long time ago, when we were kids, my dad had hooked the largest weakfish we had ever seen. It was a stud fish and as it came boatside my brother was on net duty. The word was given to scoop it up. Bill plunged the net into the water, knocking the hook out of the weakie’s mouth with the metal rim of the net and the trophy tiderunner of a lifetime floated away in the current, leisurely swimming off until it was out of sight. No words were spoken from my dad but I could tell he wanted to exercise the use of some expletives. We still tread very lightly speaking about that fish around my father. But what could’ve been done to prevent the misfire? Follow these three tips when netting large trophy fish at boatside:

1. Net Head First
Always have the angler steer the big fish head-first into the net. Communicate with the angler to step backwards and pull the fish into the net, and not pull upward on the rod which will pull the fish’s head and mouth out of the water where a headshake can potentially throw the hook.

2. Lose the Lunge
When in the ready position, allow the hoop of the net to touch the water’s surface. When the fish is tired and in a head-first position, scoop smoothly. Do not lunge and plunge the net into the water at the last second—it will either spook the fish or the water refraction will make you misjudge the actual depth and you’ll knock the hook out of the fish’s mouth.

3. Pull Straight Up
When the fish is successfully in the net, hold the top of the hoop where it connects with the handle or simply hold the handle and lift upward vertically, collapsing the net around the fish to prevent it from flopping out of the net or breaking the handle of the net.