Mexican bass lakes, Delta redfish, Amazon peacocks—I’ve been blessed to sample some astounding fisheries with the kind of abundance that’ll... 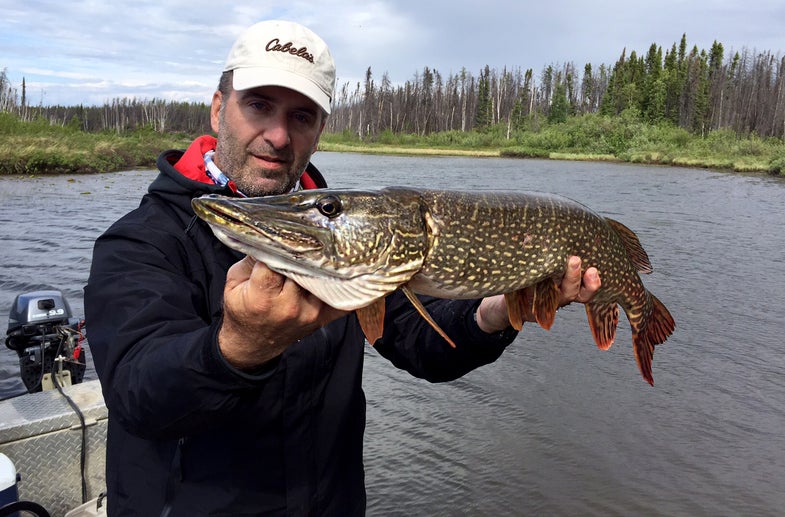 Mexican bass lakes, Delta redfish, Amazon peacocks—I’ve been blessed to sample some astounding fisheries with the kind of abundance that’ll leave a man spoiled. Add to that list a recent visit to Cree River Lodge in Northern Saskatchewan–a truly special place where even a first-timer from Florida can lay the smack down on so many whopper pike, he lost interest in counting.

I won’t bore you with catch stats, but suffice to say when this photo nut snobbishly shuns the “little” 30-inchers in favor of saving my card space for “big” fish—it’s on.

Okay, gotta say it: Personal best was 46 inches. Thanks for indulging me. I feel better.

Now, boasting without teaching is simply arrogance, and we don’t like that kind of stuff in my blogs. So here’s the point of this post-trip grin session: I had to balance the thrill of fishing those bountiful waters with the understanding that such bounty’s just not realistic on the majority of waters.

Like the Amazon, the Delta, and those Mexican bass lakes, the Cree River System’s geographic isolation, vast habitat, forage abundance, and limited access create the perfect storm for piscatorial proliferation.

Complementing the fun, however, was a great opportunity for species observation and tactical experimentation. Twice I watched pike of photo-worthy proportions trailing hooked walleye and nipping at them all the way to the boat. One of them actually grabbed a struggling ‘eye three feet from the Lund and clearly displayed the T-bone tactic of grabbing a big meal at a perpendicular angle before turning it headfirst for the southward trip.

So keep working the bait when you get those bumps and short strikes, but play up the ruse of frantic prey with erratic twitches. Chances are there’s a big pike trying to work out the right consumption angle.

Here are some other take aways from my trip:

—Never underestimate a pike’s aggression, ambition, or appetite. I caught a 28-incher on a full-sized Jimmy Houston series Zara Spook and when we removed the plug, we found the tail of a recently gobbled walleye still protruding three inches out the pike’s gullet.

—If they’re interested enough to trail a bait to the boat, they’re prime candidates for teasing techniques. The old figure-eight deal common to musky pursuits pushed a 37-incher over the edge. Elsewhere, I found that dead-sticking a bait and then erratically ripping it up and down like a fleeing walleye was too much for an indecisive pike to handle.

—If the weather’s funky, slow down. The last morning of my trip brought the calm, cooler conditions of a small cold front. While working a deep trough next to a shallow bar, we nabbed a solid 35-incher on a 6 ½-inch YUM Money Minnow just as lodge owner Pat Babcock started a turn. This change in direction, he said, likely slowed the bait just enough to trigger a lethargic fish to strike.

I’m not one to pass on free advice, so I decreased my retrieve speed on a Johnson Silver minnow dressed with a curly tail grub and knocked off a couple of my own.

Adjustments are part of fishing–even in paradise.