How to Bank Fish for Bedded Bluegills

We needed cooperative fish and, thankfully, we had the absolute best bank-fishing scenario possible. Last Saturday, I lent a hand... 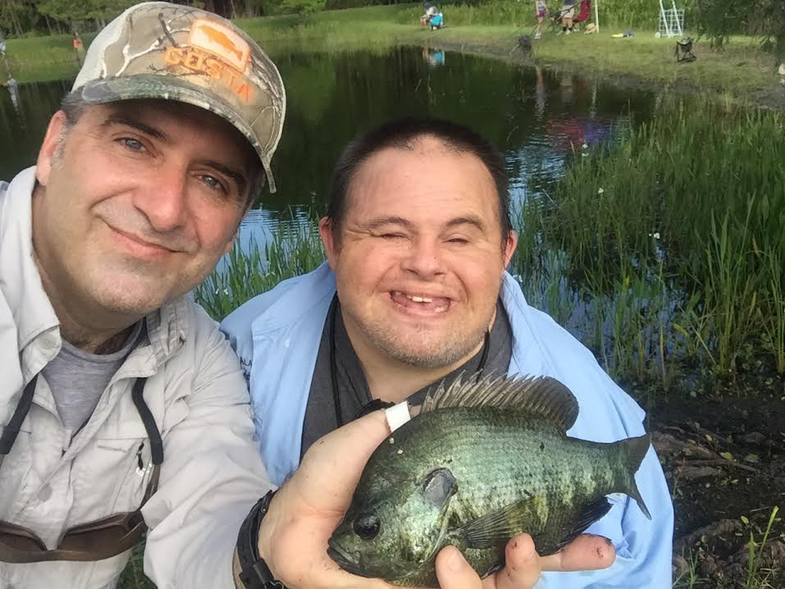 We needed cooperative fish and, thankfully, we had the absolute best bank-fishing scenario possible.

Last Saturday, I lent a hand with my church’s kid’s fishing program, Fishing Faith and Fun, and had the privilege of coaching one of our pals from Idlewild Baptist’s Special Needs ministry. Allen Alvarez brought more heart and enthusiasm than angling skill to the pond, but when he made it clear that he was there to win a trophy, that lit a fire in my belly.

Before the event commenced, I scoped out the stocked retention pond and located that old familiar “honeycomb” pattern that indicated bedding bluegill. The strategies that we used will fit any similar scenario.

First, with twin cypress trees flanking our access point, overhand or sidearm casts were not an option, so I showed Allen how to make short, underhand pitches with the Zebco 33 spincasting reel. Tossing the standard split shot/bobber rig a couple feet beyond the fish allowed us to somewhat stealthily sneak the bait into the strike zone.

On our first drop, the biggest bream of the bunch blasted Allen’s bobber and knocked it a couple inches out of the water. She must have realized the mistake and ratted us out to the neighboring bedding fish, because that was the last of the surface aggression.

In fact, only the small males would swarm our live wiggler worms set at mid-depth. Needless to say, Allen wanted the big ones, so I adjusted his float for bottom-bumping depth and we laid the bait right in the nests.

To put it mildly, those gals were not happy about the intrusion. Allen, however, was delighted with a half dozen plump bluegills — three of which were hand sized — that earned him his trophy.

During the heat of the day, bluegills and small bass will tuck under the lily pads, algae mats, etc. Rather than waste time soakin’ and hopin’, make the fish show themselves by chumming with bits of bread. (Fish may not rise to floating chum, but wadded bread sinks into more comfortable depths.)

Lacking a chum source, toss small dollops of bank mud into the water and see who comes to investigate the sound/movement. Suffice it to say that if big ’gills actually snap at the descending mud to test its edibility, it’s game-on.

Another option: Take a swig of water, place your index and middle fingers against your lips and shoot brief bursts of water at the surface to simulate minnow activity. This, too, can entice fish into disclosing their location.

Lastly, bass will often shadow a bluegill rally to size up possible meal options. The panfish will always get to a floated wiggler worm first, but if you dial in where the bass is holding, hook a wiggler through the head like a drop shot bait, pitch it a few feet past the target area and slowly swim it through the water with an undulating action.

If bluegills chase the worm, speed up, or pull it out of the water and make another presentation. When a hungry bank bass spots a full-size worm, the response is swift.