Up the Missouri: The Legend of Sgt. Floyd

Charles Floyd was hand picked by Captains Meriwether Lewis and William Clark to join the Corps of Discovery, a military... 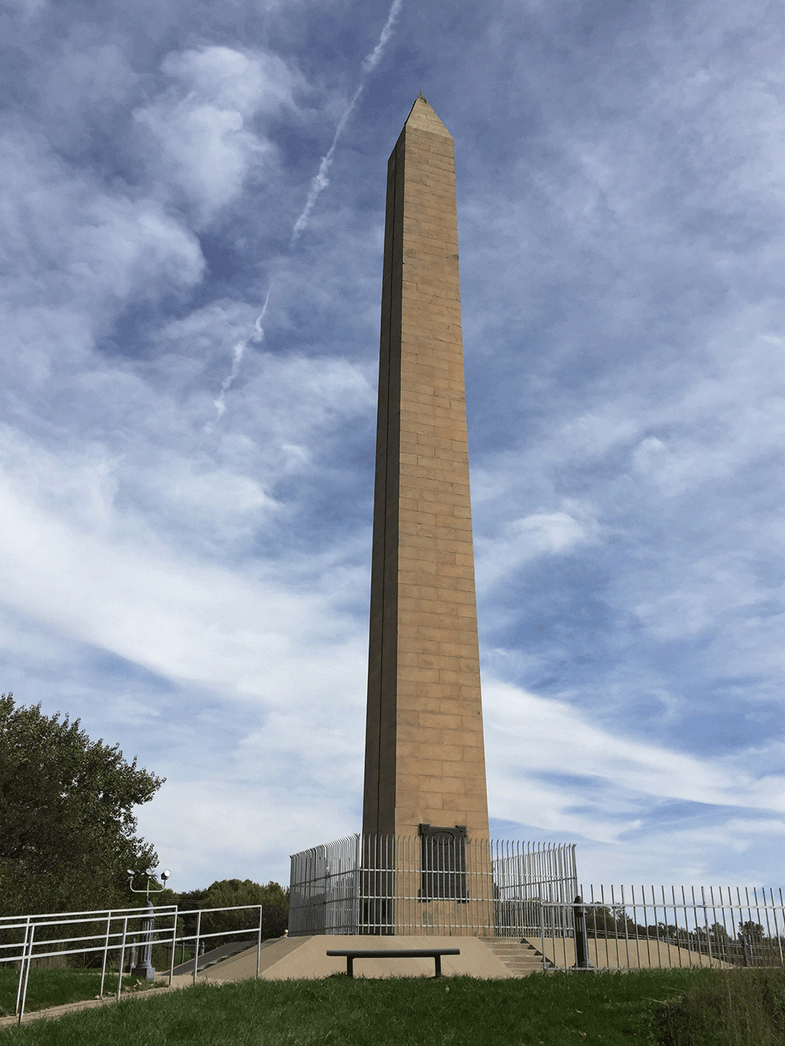 Charles Floyd was hand picked by Captains Meriwether Lewis and William Clark to join the Corps of Discovery, a military unit they were assembling to explore the Missouri River in search of something that didn’t exist, although they didn’t know it at the time.

In October 1803, when nucleus of the group was being assembled in Clarksville, Ind., near the Falls of the Ohio across the river from Louisville, Ky., Floyd was in his late teens or early 20. The young Kentuckian was one of the lucky ones, but he also had connections. His father and uncles had served with General George Rogers Clark, Revolutionary War hero and older brother of Capt. William Clark, one of the Corps of Discovery expedition leaders.

Floyd’s commanders apparently looked upon the young man with favor, appointing him as one of three sergeants assigned to the Corps of Discovery.

Little is know of Floyd until the following summer, when he met his fame in a most unpleasant way. The Corps had spent the winter of 1803-04 readying itself and departed St. Louis in May 1804. The party muscled its way more than 700 miles up the Missouri and by mid August had reached the gently rolling countryside of what is today southwestern Iowa. The land was teeming with game. All was proceeding smoothly. Than a crisis struck the ranks.

“Serjeant Floyd is taken verry bad all at once with a Biliose Chorlick,” Clark recorded in his journal entry of August 19, 1804. “we attempt to relieve him without success as yet, he gets worst and we are much allarmed at his Situation, all attention to him.”

There was reason to be alarmed. Floyd died the next day, likely from appendicitis, an incurable ailment at that time. He was buried on a nearly bluff with full military honors. The captains named the hillside and neighboring creek in Floyd’s honor.

Only he didn’t stay buried. When the Corps return two years later the captains stopped to visit Floyd’s grave only to discover it has been disturbed. Clark blamed the locals: “found the grave had been opened by the nativs and left half uncovered,” he recorded on Sept. 4, 1806.” They refilled the grave and continued downriver. A sign near the monument that today mark’s Sgt. Floyd’s gravesite suggests that the disturbance the captains found in 1806 had been caused by wolves.

Floyd still didn’t stay buried. By 1857 the Missouri River had shifted and was threatened to erode the hillside gravesite and carry the sergeants remains downriver. By that time Sioux City, Iowa, was a growing village and some townspeople moved Floyd’s remains about 200 yards east of the river. About 40 years later interest in the Kentuckian was rekindled after his journal had been found and published. His remains were again moved, this time placed in some type of urn or urns and covered with a marble slab. But he still didn’t stay put. A monument to Floyd was erected in 1901, into which his remains were entombed. In 1960 it was declared a National Historic Landmark. Today, the 100-foot tall white sandstone obelisk caps Floyd’s Bluff and is separated from the Missouri by I-29.

The Corps of Discovery completed its journey to the Pacific Ocean and back, enduring unimaginable hardships and dangers. Floyd was the only member of the expedition who died, earning him a unique place in the Corps’ legacy.