Capt. William Toney doesn’t have to deal with the crowded waters of Tampa Bay, just an hour south of his... 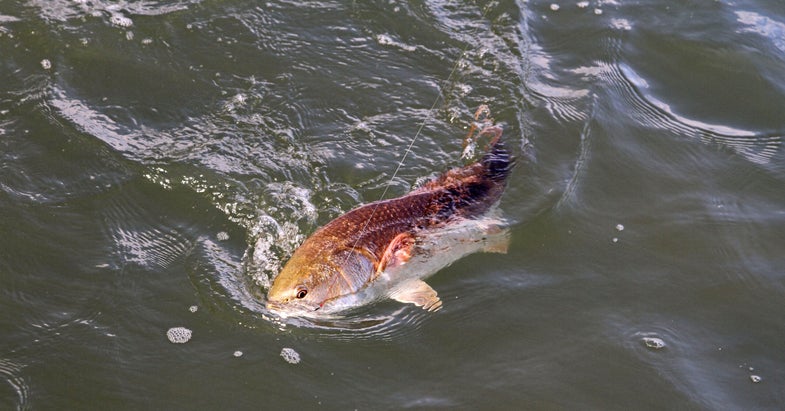 Capt. William Toney doesn’t have to deal with the crowded waters of Tampa Bay, just an hour south of his Homosassa River home water. Nevertheless, even in areas of lower fishing pressure, he knows that successful red fish pursuits often depend on a patient approach.

Generally a schooling fish, reds compete with one another for food. However, they also take their safety cues from their fellow reds. That means if you spook one, he’ll goose two more and before you know it, the chain reaction of overreaction sends everyone dashing for cover.

Habitat specifics vary throughout the redfish’s range from the Mid-Atlantic to the Gulf of Mexico, but Toney has a few tips for locating and engaging these double-tough fighters.

1. Look for the Signs
“Reds will create a push or wake as they move into their desired area and this helps me hone in on the spot where they’ll school up and feed. I also will see them because the white parts of their mouths stand out in our clear water, and so will the occasional [belly] flash from a happy fish.”

2. No False Starts
“Some anglers like to ‘bump’ them with they’re boats at high speed to make them rise up so they can pursue them. I feel this method is unfair to other anglers, and makes the fish very nervous so they will not hold at any location but will continue to move and be hard to capitalize on.” 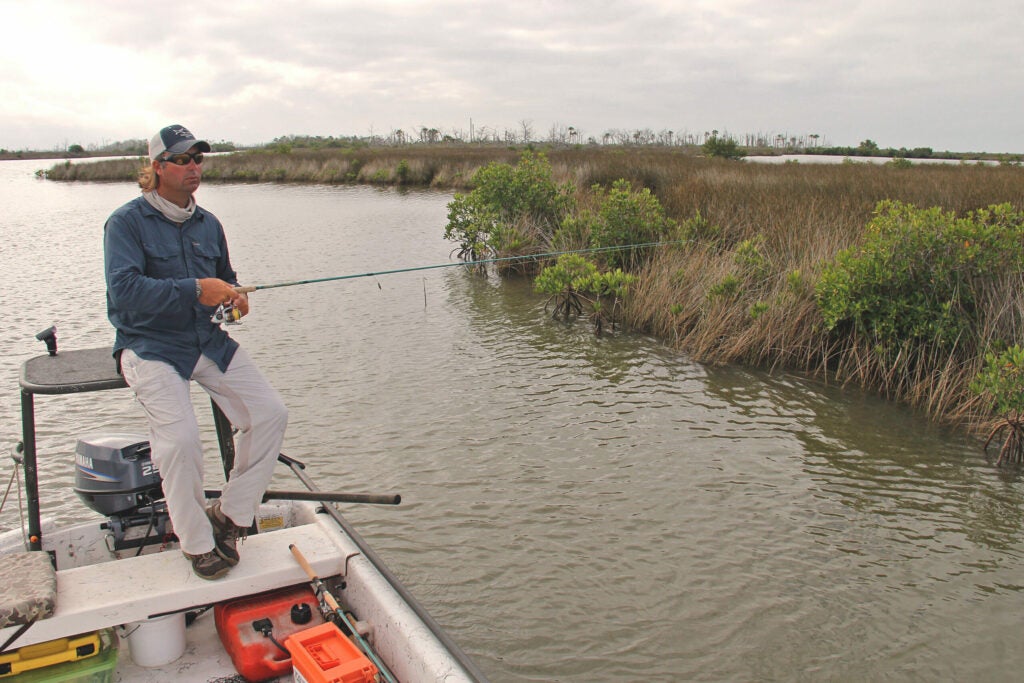 3. Wait for It
“My method is to find a school while poling the boat and stay in contact with them until they get comfortable at a spot—then quietly stake out. This method works well because most of the time the reds will eat like no tomorrow.

“I’ve shared schools of redfish with fellow guides and anglers because these fish don’t know we’re there, as long as the other angler poles, slow trolls or drifts into position. If the fish are really fired up, I’ve even caught them on a bare jig head.”