Reef fish populations have been a longstanding point of contention and now recreational anglers have an opportunity to do something... 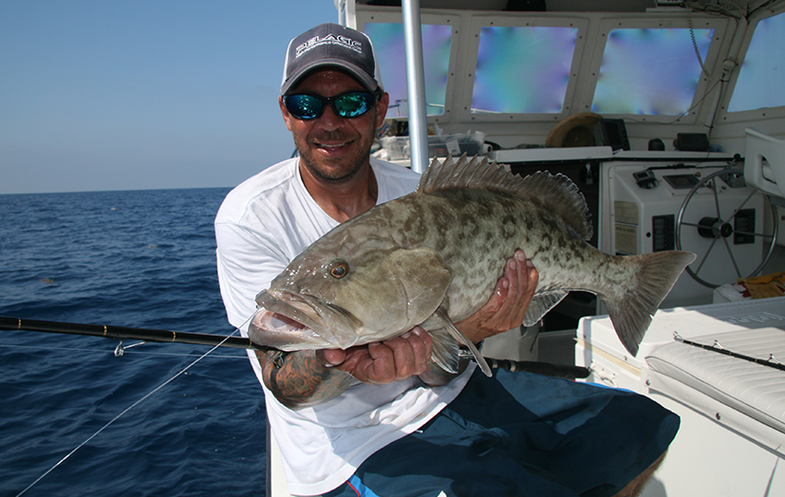 Reef fish populations have been a longstanding point of contention and now recreational anglers have an opportunity to do something about it.

The Florida Fish and Wildlife Conservation Commission is asking recreational anglers to sign up for its Gulf Reef Fish Survey—a no-cost program designed to help the FWC paint a clearer picture of how many people are targeting Gulf reef fish like red snapper and gag grouper, and what anglers observe on the water.

A major beef has been with the Gulf of Mexico Fishery Management Council’s data collection—a process that many recreational anglers believe has produced bogus numbers through inadequate methods. The FWC survey won’t patch all the holes, but it’s a good start and one that gives the average citizen angler a place in the process.

Signup for the FWC’s Gulf Reef Fish Survey is voluntary through March 31, and becomes mandatory starting April 1, 2015. Visit license.MyFWC.com, where the survey item is listed under “Saltwater Fishing.” Gulf Reef Fish Survey registration is also available at tackle shops, sporting goods stores and your local tax collector’s office, or by phone at 1-888-FISHFLORIDA (347-4356). Renewal will be on an annual basis.

The program applies to anglers (including those 65 and older) fishing in the Gulf of Mexico (excluding Monroe County) from a private boat, who plan to harvest, possess, or land any of the following reef fish: red and vermilion snapper, gag, black and red grouper, gray triggerfish, greater and lesser amberjack, banded rudderfish, and almaco jack.

Excluded are anglers fishing from a for-hire vessel, anglers under 16 years of age and those fishing from a boat with a vessel recreational fishing license.

According to the FWC, survey data will help researchers determine how many people in Florida are fishing for reef fish in the Gulf of Mexico. Survey registrants may be contacted by the agency to ask if they would be willing to provide information about their Gulf reef fish fishing activities.

The objective is to provide a more realistic picture of the Gulf fishing scene and facilitate more informed fisheries management decisions.

Participants who are contacted by the FWC and do provide information about their Gulf reef fish fishing activities will be entered into a drawing to win an annual, 5-year, or lifetime recreational saltwater fishing license.