Striped Bass: Where to Fish the Spring Striper Run

I’ve known people to lose their jobs, their friends, even their marriages over the pursuit of striped bass. It’s that... 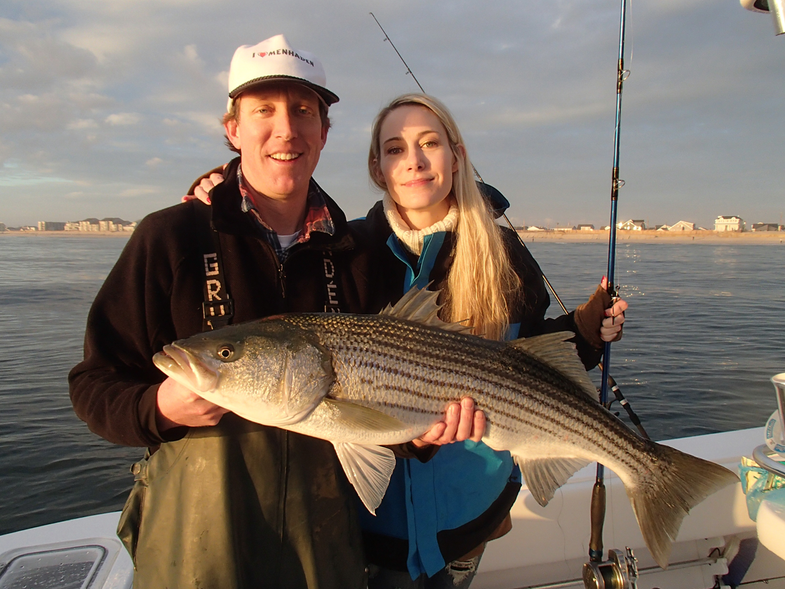 I’ve known people to lose their jobs, their friends, even their marriages over the pursuit of striped bass. It’s that dead serious of a fishery along the East Coast, especially during the magic “Spring Run” months of April through July when the migratory movement of bass heads back northward.

Just when and where the bass show up for the best fishing opportunity is driven by the presence of baitfish and water temperatures as spearing, bunker, mullet, sand eels and rainfish are on the move. This means sharpies need to use those species as their predominant choices for live baits, while stripers gravitate to optimal water temperatures ranging from 58 to 64 degrees. Here’s a quick look at when and where to land 20 to 50 pound caliber bass on the Spring Run:

The Chessy is where the mother lode of stripers winter over, and when spring breaks, spots up inside the bay like the Susquehanna Flats or the legendary stretch of the Chesapeake Bay Bridge Tunnel (CBBT) are hot and heavy with linesiders. Chunk herring with 9/0 circle hooks up inside the flats for a true 50-pound trophy, or bounce a 2-ounce bucktail around the CBBT to get crushed by a cow. Always check regulations for the Chesapeake’s waters as seasons differ between Maryland and Virginia waters.

The golden sands of Island Beach State Park and rock-strewn Jetty Country off Asbury Park’s legendary shores highlight the Garden State’s top surfcasting spots, especially when large schools of adult bunker hug the coast. Pack the surf bag with 3-ounce pencil poppers, bunker snags and Daiwa SP Minnows for surf success. Boaters will employ snag-n-drop tactics on live bunker schools outside the Manasquan and Barnegat Inlets, troll chartreuse and white shad bar rigs anywhere from Sandy Hook to Cape May, and drift with live eels on the infamous Cape May Rips inside of Delaware Bay. “The full moon tide on May 21st and the new moon tide on June 5th should really usher in some big bass,” says Captain Brian Keating of the Killer Bea. “Watch those high tides matched with offshore westerly winds bring the fish close to shore.”

The iconic Montauk Point Lighthouse is ground zero—the once in a lifetime, must-do pilgrimage for striped bass aficionados. Surfcasters hit Turtle cove on the south side of the lighthouse or False Bar on the north side. Montauk staples in surfcasting lures include 8-inch wooden darters and metal-lipped swimmers, 3-ounce bucktails tipped with pork rind, and the ol’ school Needlefish plug to work during the dark hours. Striper Legend “Crazy” Alberto Knie sums up the Montauk spring run strategy best – “You don’t want to miss Montauk. Be prepared to fish around the clock, 24/7, because the fish won’t wait for you to finish breakfast first.”