Biologists around the country are paying attention to a fisheries project gone incredibly right. Gabe Keen knew he had a... 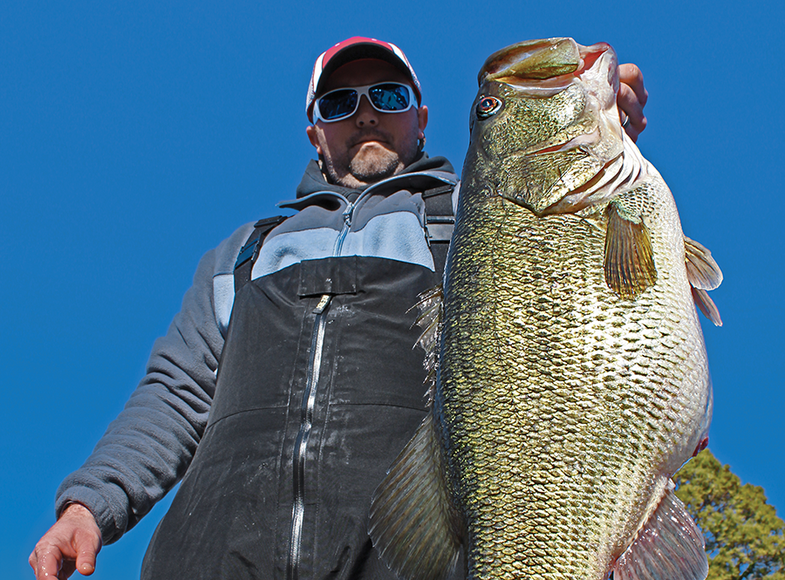 Biologists around the country are paying attention to a fisheries project gone incredibly right.

Gabe Keen knew he had a monster largemouth on the line as soon as he felt the hit. But it wasn’t until the boat scale settled at 15.3 pounds that he realized he’d shattered the 61-year-old Tennessee state record.

Slow-rolling an umbrella rig over a ledge in the near-freezing February water, Keen knew enticing a big egg-laden female to strike would be tough. Any bite, though, could have been the one.

That promise has been the talk around Chickamauga Lake for a few years now, as the state’s Florida-strain bass stocking program began producing eye-popping results. Keen, a high school history teacher and fishing team coach who runs the tournament circuit on weekends, grew up on the lake and has seen the evolution.

“It’s always been a great lake, but when I started tournament fishing in 2009, a 15-pound, five-fish bag might have won,” Keen says. “Now your five fish had better go 30 pounds if you want to be in it.”

A Runaway Strain
Tennessee began experimenting with Florida bass introductions in the late 1990s. But the program was slow to catch hold. In 2005, after stocking hundreds of thousands of Florida-strain fingerlings, samples revealed that less than 5 percent of the bass population was carrying the Florida-strain F-1 gene.

“When they started the Florida-bass stocking, I remember the biologists explaining that the environmental factors, coupled with the genetics, could create the perfect storm,” says Scenic City Fishing Charters guide and outdoor writer Richard Sims. “But it took some trial and error.”

Tennessee fisheries biologists decided to change their approach, stocking larger fingerlings ahead of the native bass spawn for competitive advantage. Five years later, in 2010, the results were remarkably different, with more than 30 percent of sample bass showing the Florida gene. The next year, the size and number of big bass being caught started to explode. By 2013, when 45 tournament fish weighing more than 8 pounds each were tested, every one of them carried the mark. But none were pure Florida bass.

Chief of fisheries for the Tennessee Wildlife Resources Agency, Bobby Wilson, says the Florida-bass program was not without risk.

“The question was, what would happen when we started crossing northern largemouth bass with the Floridas?” says Wilson. “Could we end up with an inferior fish down the line? The first-generation cross, what we call the F-1, has shown so far to offer the best characteristics of both fish—big and aggressive. So we introduce Florida bass to breed with the native population, and they produce many times more F-1 offspring than we could ever feasibly stock. I would say it has exceeded our expectations.”

So much so that the state announced an expansion of the program earlier this year to include four other large reservoirs.

Bass weighing more than 13 pounds are being caught with astonishing regularity on Chickamauga, and now there’s no reason to believe another record isn’t lying in wait.

Florida bass have been swimming outside their home state since the late 1950s, in California, where a 20-plus-pound bass was first caught in 1972. Over the years, states from Alabama and Arkansas to Oklahoma, Tennessee, and Texas have actively stocked the larger-­growing fish to mate with native northern bass and create heavyweight hybrids. In 2014, Arizona became the latest state to join the fraternity.

The cutoff point lies around the 35th parallel, because whether the fish thrive depends on the number of heating days available to maintain optimal water temperatures in the subtropic range. North of that line, Florida strains have consistently struggled.