I’m a firm believer in topical flea and tick applications like Frontline Plus and K9 Advantix. There are just too... 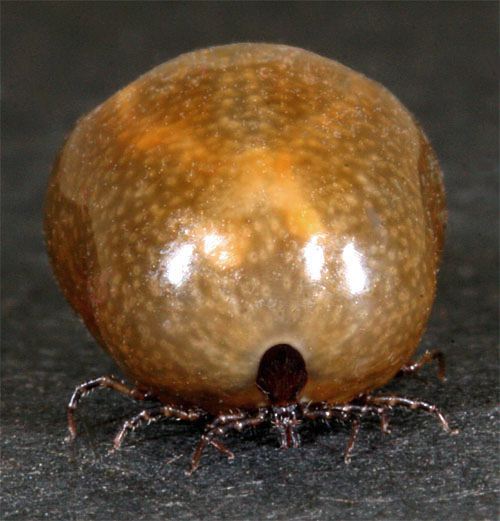 I’m a firm believer in topical flea and tick applications like Frontline Plus and K9 Advantix. There are just too many diseases and infections fleas and ticks carry that can put a gun dog on the shelf for an extended period time (e.g., Lyme’s Disease), that it just makes sense to protect them year round. Not only does is make sense from the standpoint of canine health and maximizing training/hunting time, it also makes sense from a financial vantage.

Forking out $10 a month per dog might bite into the wallet after a bit, especially if you have more than one dog, but it’s nothing compared to the cost and frustration of ridding the house of a flea infestation or paying for a diagnosis and treatment of tick/flea-borne maladies. Not to mention, the medical costs, discomfort and work/school time missed if your pup passes one of these nasty, infected critters to you (or your child).

While various flea/tick control brands have different applications, all of them pretty much use the area between the shoulders as a starting point. While at my new vet, about the gazillionth one I’ve been to since moving to the northeast (we’ll get into finding the right vet for you another time), I bought a 6-month supply of flea/tick control and he passed along an application tip:

Instead of depositing the entire application between the shoulder blades or in spots down the spine as described on the packages, put a few drops on the top of the dog’s head. This helps protect the head and neck area.

He went on to explain that clients whose dogs’ were on flea/tick control were still having ticks attach to the neck and head areas. The body from the point of application backwards was protected, but above/forward of that point they were still susceptible. He called the manufacturer and they too had heard of the problem and recommended putting the drops on top of the dog’s head.

Of course, they can’t say that publicly or put it on the packaging, due to medicinal-science-research legalities and other mumbo-jumbo, but now you know.

The amount your put on the top of the head varies with the size of the dog. For a Lab-sized canine, he said 10-12 drops would suffice. If you have a smaller dog, say a bunny-busting beagle, you’ll want to reduce the application appropriately–perhaps 5-6 drops. For larger dogs you might try 12-15 drops.