As a recent first-time father I quickly recognized the similarities between dogs and kids (seriously, Super Nanny and Dog Whisperer... 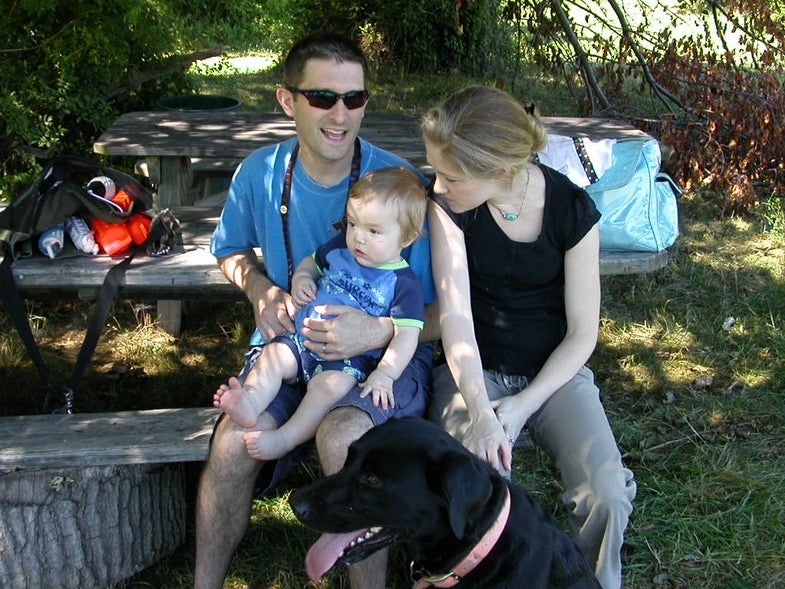 As a recent first-time father I quickly recognized the similarities between dogs and kids (seriously, Super Nanny and Dog Whisperer are essentially the same show!). It wasn’t until last night, however, that I came to fully appreciate the parallels.

My three-year-old son, Tucker, had finished dinner and wanted to get down out of his seat. “Tucker down?” he asked. When I prompted him to add a ‘please’ to the request, he insisted, “Tucker down!”

What transpired was a near-two-hour standoff over the use of the word “please.” And that’s when the full brunt of dog training and child rearing hit me.

He tried getting out of the chair and walking away. I put him back without saying a word or showing emotion; just as you would a dog leaving “sit/stay.”

He tried pitching a fit: screaming, crying and ranting; just as some dogs try the alligator roll when being forced to heel or hollering and avoiding complying during force fetch. I just let him pitch the fit, but while remaining in his seat.

When he calmed down, I tried talking to him and getting him to add “please” to his arsenal of communication. He tried ignoring me and looking the other way; just as many dogs do when asked to perform the task “hold” for the first few times. I walked away.

After that approached failed (along with a few more attempts at getting down), Tucker tried the cute approach. He laughed and giggled, asked to be lifted up, said, “Daddy, toes!” as he held his foot up and played with the big toe. Many dogs will try to distract and butter you up by nudging a hand for petting, licking or performing a known attention-getter when asked to carry out a task it would really rather not do.

I was getting desperate. Much like dog training, sometimes you just have to take a small victory and call it good, making note to work on the issue at a later time (like not right before bed). At this point I just wanted a “please” from his lips, regardless of what it was for. I broke out the frozen fruit bar and started eating it in front of him.

“Daddy, ice ceam!” Tucker said, standing on his chair and reaching out for it.

“Say ‘please,'” I asked. He didn’t just not say it, he refused to say it. Ice cream is the one item that is almost guaranteed to elicit a “please,” complete with cute sign-language tummy rubbing. All it brought forth this time was more demanding and, believe it or not, a “NO PEASE!” Again, I walked away, leaving him in the middle of the kitchen on his chair.

When I tried to cajole a “please” from him once again, he tried a very, very smart thing. “Daddy, wet!” he said, pointing to his diaper. Since we’re also potty training, it presented a dilemma: remove him from the chair to reward the acknowledgement of a wet diaper or leave him to sit in the chair, which would accomplish one goal but take us a step back in the other. I’m not sure if there’s a correlation with dog training here or not, but I guess you could draw the connection of a dog going through force fetch complying with the exercise too fast; they’re carrying out the required task but are trying to do it on their terms before the pinch is applied.

So, I grabbed a Pull-Up, changed him on the chair, put his pajamas on, gave him a blanket and turned out the overhead light (the light over the sink was still on). He sat, seemingly content, making rocket noises and playing with his blanket.

To add insult to the injury of spending nearly two hours demanding “please” from a toddler, my mother (whom we’re visiting) and my wife kept saying things like: “Well, he’s definitely your son” and “I’ve seen that look before!” and “Like father like son.”

I was trying to figure a way out of this situation that wouldn’t undermine the importance of “please” in a little man’s vocabulary. Walking back into the kitchen, I knelt down in front of his chair and tried once again to ask him to say “please.”

“Daddy, banky fall,” he said as his former rocket dropped to the floor.

“Tucker, can you say: ‘down please’,” I interrupted.

“Tucker down pease,” he said, as plain as day and as if the last two hours had never happened.

Big hugs, thank yous and happy times ensued–complete with a Tigger-hunting escapade with his new Nerf gun. Just like in dog training, rewards, no matter how many times you have to repeat a drill or stick with a concept, are needed when the dog finally gets it right.

As an aside, at breakfast, lunch and dinner today, “Tucker down pease” flowed easily from his mouth. Similarly, in dog training, once a dog, even a stubborn one, understands or decides to accept a lesson, compliance often comes easier in each successive repetition.

However, I’m betting future testing of the “please” issue will arise, and just as in dog training, it’s up to the handler/parent to remain vigilant and to not become complacent in letting standards slip. After all, dogs and children both only learn what we allow them to learn. That, of course, though is the hard part for all of us…I hope I’m up for the task!