Who Wants a Smart Dog?

“Do you want a smart dog or a dumb dog?” It seems like a fairly easy question to answer doesn’t... 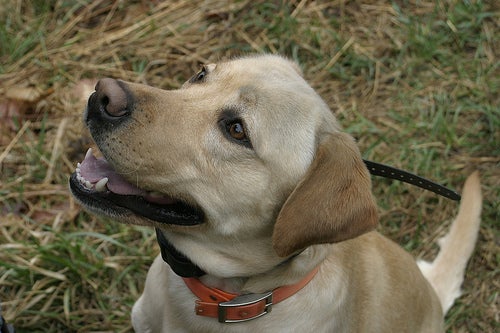 “Do you want a smart dog or a dumb dog?” It seems like a fairly easy question to answer doesn’t it?

We all like to think we have a smart dog. Maybe not the smartest dog in the world, but a damn smart one nonetheless. Talk to people about their dogs and almost everyone will tell stories about how their Fido knows this or that and always figures out how or when something is happening or what we, the owners, are going to do next.

No doubt, reading humans and reacting to achieve desired goals (i.e., snacks, a comfy sleeping spot, getting excited when the hunting gear comes out) is a fairly complex and smart thing for a dog to do. It’s also not really a measure of intelligence, but rather of survival.

What I’m talking about is training/learning aptitude, so I’ll ask again: “Do you want a smart dog or a dumb dog?”

Most of us would still probably say a smart dog. I mean, who wouldn’t, right? A smart dog would probably do better in the field, put you on or retrieve more birds, figure things out faster, etc. And that’s all true. However, are you sure you want that?

Just like everyone else, I have a smart dog. When he was about 6 months old, I took him to a seminar. Part of the seminar was on heeling. I was having trouble keeping Kona’s attention. His nose was down sniffing, he was looking away, etc. The pro giving the demonstration took the lead and started to work on heel with him. When Kona’s attention would drift, the pro would step into him or away from him. Almost every time, Kona could avoid the correction. He was effectively doing two or three things at once. That’s when the pro stopped and said: “This little dog knows more than he’s letting on. He’s a smart dog, which is good and bad.” And then he made the point I’m going to make with blog post. (Just as an aside, I’ve seen Kona twist up and leave a couple of pros breathless trying to fine-tune his heeling. We’ve since got it down pretty good.)

A smart dog will learn everything you teach it faster than a dumb dog. He’ll learn where the birds are, what you want him to do in a drill, how you want him to react, etc.

He’ll also learn everything he can get away with, when he can get away with it, when you’re not paying attention or in position to give a correction. He could try to undermine you and/or manipulate you into ending training pressure. With a smart dog, you have to be on your toes and know what you’re doing and trying to accomplish at all times or he’ll eat you up.

A dumb dog on the other hand will take longer to train, might not understand what you want him to do in a drill and make the same mistake over and over.

If you’re a beginner trainer, a dumb dog isn’t necessarily a bad thing. You’re going to make mistakes in training (probably more than the dog). A dumb dog allows you to make that mistake without consequence. Make the same mistake with a smart dog and he’s just learned the wrong thing. You have to go back, unlearn that mistake and then teach him the right thing to do.

A dumb dog will eventually “get it” and do everything you want. It might just take a little longer…maybe not because he’ll be more forgiving of your mistakes.