We all have our favorite breeds of dog. It might have to do with the prey we’re pursuing, it could... 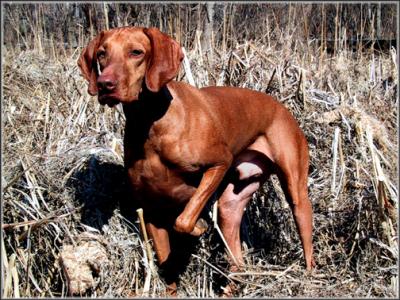 We all have our favorite breeds of dog. It might have to do with the prey we’re pursuing, it could be rooted in a childhood memory or it just might be something about a particular dog or breed that attracts us to them. For me, Labs are the be-all, end-all of dogs: family pets, tractable and diverse hunters. But there’s just something I like about Chesapeake Bay Retrievers. I don’t know what it is: one-man dog, their history, that kind of edge they carry with them. There’s just something I like about them.

On the other side of the coin, there are dogs and/or breeds that we might not like for all the same reasons. While talking to a pro recently, he grudgingly admitted there are some breeds he wouldn’t own or recommend to the public. Here are four of them:

Keep in mind, this pro isn’t some hack. He’s been at the dog-training game for decades and has one of the most diverse kennels I’ve ever seen. At any one time you can see retrieving breeds like Labs, Chessies and goldens as well as bird dogs like pointers, wirehairs, setters, Brittanys and everything in between. He probably trains more dogs in a single year than most trainers do in five years.

When asked about dogs he doesn’t like, he was a bit hesitant. Pros tend to have higher standards than those of us with one dog that is also the family pet, hang-out buddy and hunting partner. So, what meets your requirements and what meets a pro’s standard will be much different, as will how and what you train and ask of the dog. After a little prodding, he acquiesced, adding: “people need to know these things!”

Weimaraner and Vizsla: In the case of the Weimaraner, “the show ring has ruined the breed,” according to this pro. Both breeds of dogs that he sees tend to exhibit lower prey drive than other bird-dog breeds. On top of that, he doesn’t like their disposition.

“Those two dogs are really alpha. They’ll get real wolfy on you and bite,” he said. “It’s amazing the number of owners I have come in that once they begin training, really training, their dog, that the dog behaves in a completely different manner because the dog is being asked to do something it hasn’t had to do. People are shocked by it.”

It’s not the first time I’ve heard such a thing. Once, when I was hypothesizing with another pro about how various countries training techniques reflect their society’s moral and global outlook/characteristics, she noted that the dogs that often come to her kennel reflect the same personality traits (or at least stereotyped traits) as the country they originated from. She specifically pointed out German breeds as tending to bite more often or quicker.

Gordon and Irish setters: Like the weim, the show ring has impacted the field performance of these two setters; that’s what happens when you put form ahead of function and judge strictly on appeal to the human eye and not for what’s needed to carry out a specific duty.

In the words of the pro: “They’re junk!”

The only setters he’d recommend to the somebody would be English setters. The one break from that rule would be Celtic-bred red setters from a line in Pennsylvania (he has no connection to the breeder(s)/line of dogs). “Every one of them that I’ve had in for training, which is about 10 or 12, has been just awesome!” he said. “Every one of them would just fly around the field with great style. They all had high prey drive and were real classy dogs with high, 12 o’clock tails.”

So I ask you, users/readers, are there any gun-dog breeds out there that you just don’t like or wouldn’t own? If so, why? Is it their disposition, tractability, prey drive, field performance, upkeep or some other reason?