Even after posting about the best way to get your dog in shape, I ignored my inner voice and decided... 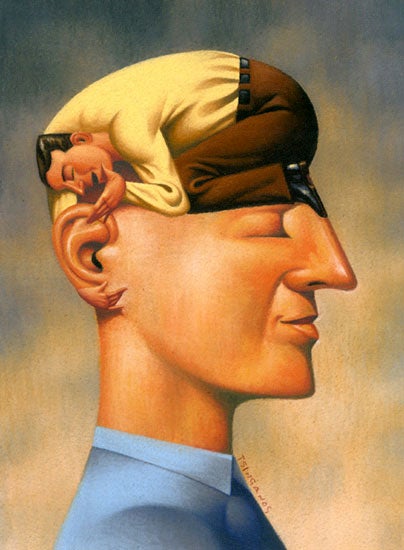 Even after posting about the best way to get your dog in shape, I ignored my inner voice and decided to work my dog harder and longer than I should have…and for awhile there I was afraid it was going to put him on the shelf for an upcoming hunt.

While visiting my folks in Eastern Washington state, I thought it would be good to get Kona in shape for a Nov. 1 pheasant hunt in South Dakota. I had just written the blog about swimming as the best way to get a dog in shape safely.

In addition to just getting in shape, I wanted to work on his range and sit-to-flush skills. There are plenty of quail and some chukar found throughout the sagebrush-lined basalt cliffs that make up the area “scablands,” so I thought we could kill two, three and even four birds with one stone.

Day One went great. We got into some birds, worked on range and he did a fairly good job of sitting when coveys and satellite birds busted from the sagebrush.

Day Two was tough, with a big climb up a hillside and lots of work with no birds. Wanting to get him into birds, I went to a buddy’s house that lives on the edge of town; his backyard leads up a huge hillside covered with quail and chukar. We got into birds and Kona worked even better.

Well, not really. Even while working him I had my doubts. That little voice in my head kept telling me:

“You’re working him to hard.” I rationalized that he needed to get in shape and with plenty of water breaks he was doing fine.

“His feet are taking a beating,” the voice whispered. Kona’s pads are notoriously soft. I reasoned that his feet needed to be toughened up some, even though I KNOW the ground and rocks can be brutal. After all, he was hunting hard and showed no sign of wanting to slow down.

By Day Three, which I planned on taking off or allowing some free swimming, Kona was gimping. His pads looked fine. Taking him to a local lake, I let him swim, thinking that maybe he was just stiff. He loved the water, of course, he’s a Lab.

In the following days Kona’s gimpy, stiffness turned into a full-fledged limp. Inspecting his pads again, I found one torn on the left rear foot (cutting the flap of pad off seemed to relieve any discomfort). However, he was reluctant to put any pressure on his right front foot; limping around, even chasing a cat, on three legs.

The pad showed no damage. No tears, splits, cuts; nada, zip, zilch. I figured it was just bruised. A day later the limping continued, maybe slightly worse. I checked his toes, fearing a break. No clicking or pain associated with them.

At this point I started getting a little worried and vowed to take him to a vet upon returning home. Since there was no swelling and only pain if you pushed on the pad, I figured it probably was a bruised pad, but didn’t want to risk it.

However, after another day of rest, he was fine. No limping at all. It was just a bruise. I sighed in relief and vowed to never ignore my inner voice again!

Of course, we all vow to do that and often ignore it. I’ve done it and have seen it done at training days when people put their dogs into a setup that’s over their heads, when working a specific skill without first teaching the dog what’s expected or as I did this week, working their dog too hard too fast.

In the December/January issue of Outdoor Life, I write a small piece about “Winter Dog Dangers.” Most dog dangers, whether they’re found in the winter, spring, summer or fall; hunting, training or conditioning; around the home or in the field, can be avoided with foresight and common sense.

Our dogs don’t always know what’s best for them. Throw birds and hunting into the mix and they will disregard almost all bodily injury and safety in pursuit of those feathers. It’s up to us to keep the level head and keep them safe.

If you find yourself in a situation during conditioning, training or hunting this year that causes the little voice of doubt to whisper in your ear: “he’s not ready for that; give him a break; don’t take her there; this doesn’t feel right” do yourself a favor: LISTEN!

If you’re wrong, what have you lost? If that little voice of doubt is right, however, think of what you could lose!