When a town puts a mutt on equal footing with Lewis and Clark, you know as a dog person you’re... 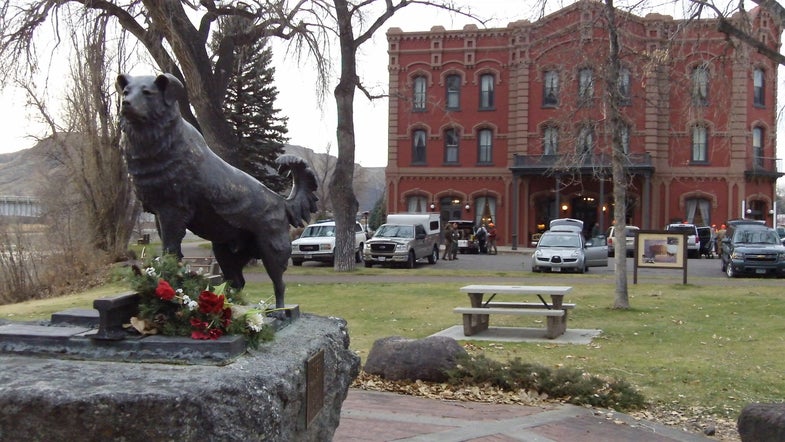 When a town puts a mutt on equal footing with Lewis and Clark, you know as a dog person you’re in the right place. When I reached Ft. Benton, Mont., to hunt with Pheasants Forever, sitting next to the parking lot of the Grand Union Hotel was a statue of a dog. The history behind that statue is a story of enduring loyalty that any dog owner can understand.

Anchoring one end of “the bloodiest block in the West” is a statue of Lewis and Clark and at the other is Shep, a collie mix that lived in the bustling western town during the 1930s. Once surrounded by the Calvary so that arrest warrants could be served to five of its most lawless citizens, Ft. Benton had become a much more quiet town when The Great Depression and Shep came along. And that’s where this story begins. Below you’ll find the recapped version that accompanies the statue and if you click here, you can see actual footage of Shep in the town’s Video Series.

In August 1936 a casket containing a sheepherder’s body was loaded on a baggage car headed East for burial. A dog, of collie strain, watched with anxious eyes. He was to be there to meet every train, year after year.

Conductor Ed Shields by 1939 pieced the dog’s story together, linking Shep with the body shipped that August day. With the real story known, Shep became famous. Many, many well-intentioned offers to adopt him were gently declined; friends knew Shep’s sole aim was to keep his vigil. Shep died January 12, 1942, slipping on the tracks before an incoming train. His passing was mourned by all who knew his story. He was laid to rest atop the bluff above the depot; his funeral was attended by hundreds. Reverend Ralph Underwood took as his theme, Senator George Graham Vest’s “Eulogy on the Dog,” a tribute to a dog’s faithfulness to his master which Shep so fully exemplified.