After putting the hurt on South Dakota pheasants with some over-and-under shotguns from Browning and Winchester, I take off tomorrow... 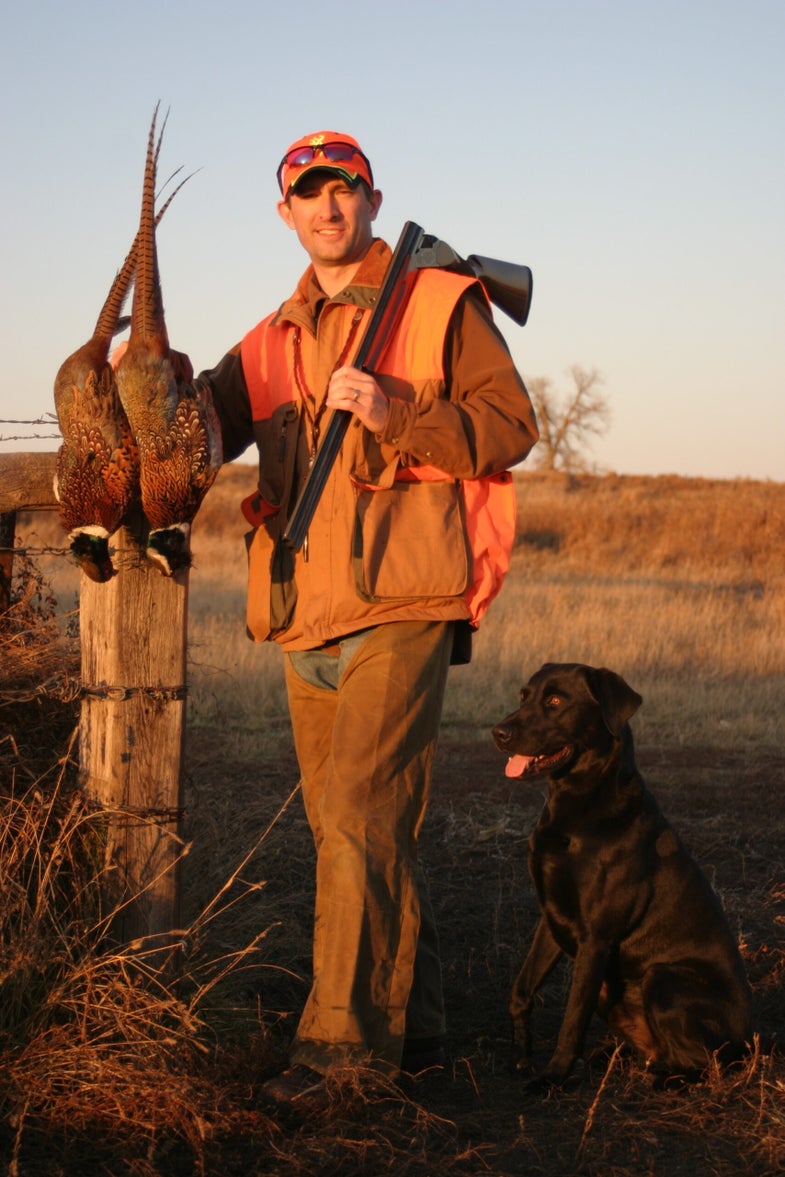 After putting the hurt on South Dakota pheasants with some over-and-under shotguns from Browning and Winchester, I take off tomorrow for north-central Montana to chase pheasant, sharptails and huns with Pheasants Forever. There’s just a little dog work to undertake to remind my pooch that while fun, he still has rules to follow.

Three days of chasing hundreds of birds, as well as having hundreds shot over him, has caused Kona to loosen up a bit when it comes to range and slipping whistles.

I noticed this toward the end of the second day and first thing on the third. He was ranging and chasing and ignored a sit whistle. After a level-5 nick (the old DT Systems collar I have has 16 levels of stim), he was responsive to the whistle. I let him get away with not being completely steady to wing, shot and fall because the other dogs, which weren’t, were getting his retrieves. I figured it was easier to reward him with the retrieve and fix the problem later rather than mess with all the dogs.

So before we head out tomorrow, it’s been tune-up time around here. While the shooting at R&R Pheasant Hunting was phenomenal, the Montana hunt is going to be an all-wild-bird affair and a slip up in range, marking or chasing could ruin the hunt for everyone.

I had a pretty good idea of what to do, but gave a call to Mike Stewart at Wildrose Kennels to see how would go about tightening a dog back up.

“The first thing I would do is go back to basic obedience. Heel, sit, stay,” he said, adding that he would then do some walking baseball, but in higher cover, not the mowed grass that the drill is usually done in.

“After that, I would put out some bumpers in a quartering pattern, so that the dog continually finds them on the outside corners, and work him into them. They’ll find the bumpers but won’t be quite as excited as with birds,” he continued. “Keep him in range and just remind him that sit means sit.”

So, after a great hunt, one in which Kona made me proud, it’s back to the training yard to tighten him up.

I hope to have internet access on this next hunt and will update you on how the pooch performs on wild birds after having so many shot over him in South Dakota. I’ll also keep you up to date on the hunting in Montana and what Pheasants Forever has happening on the ground.