In case you missed it, there’s a picture of Florida on the left. While mountainous beauties adorn the beaches, the... 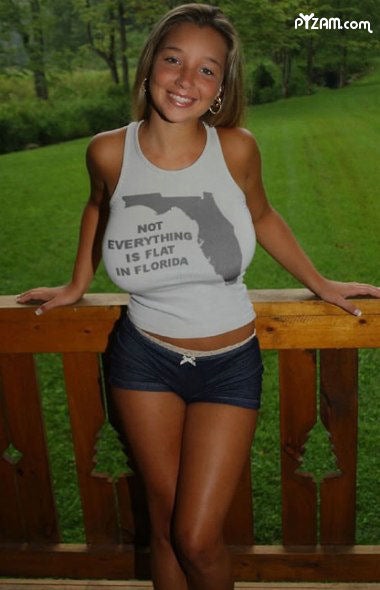 In case you missed it, there’s a picture of Florida on the left. While mountainous beauties adorn the beaches, the Sunshine State might just be the worst state in which to try and train a dog, especially a waterfowling one.

Several states could vie for the title of “Worst Place to Train a Dog” but Florida is tops for me and here’s why:

1. Sharks. Florida is the HQ of U.S. shark attacks and a doggie-paddlin’ pooch is an easy and attractive meal. Having fished Boca Grande Pass for tarpon and sharks, I can attest that you don’t want to fall in the water in that area. I was nearly pulled in by a 1,000-pound hammerhead. Aggressive bull sharks cruise shallow shorelines for an easy meal (like a Labrador) and have been known to venture into brackish and freshwater. Tiger sharks also hunt that area. It really doesn’t matter, the toothy predator fish are in almost every area of shoreline-filled state.

2. Gators. Yeah, so you’re smart enough to move inland and work Fido in freshwater instead of the salt. Now you don’t have to worry about a JAWS attack but a Crocodile Dundee nightmare. Doing this is like robbing Peter to pay Paul…and he’s getting alligator-marinated mutt steaks for dinner.

3. Snakes. Native species like cottonmouths are bad enough, but it’s the non-native, invasive species you’ve got to worry about. Boa constrictors and pythons released by pet owners grow to gigantic proportions and any medium-sized or smaller mutt could be wrapped up in a heart beat.

4. Iguanas. In case you missed the blog post that inspired this post, you can read about how iguanas are killing dogs throughout the panhandle state. Little lizards, big lizards. This state is a haven for puppy killers!

5. Heat. It’s hot in the South. In Florida particularly. But it’s not just heat that’s dangerous for a dog, but it’s high humidity combined with that heat that’s a killer. And Florida has plenty of both. And! Just when you thought you might have a few days reprieve thanks to a “winter” cold snap, you have to deal with those pesky, bacteria-infested iguanas littering your training grounds and killing your hunting partner! Is there no end?

6. Wild Cards. Giant disease-carrying mosquitoes, hurricanes, swamp-dwelling pigs, released piranhas, red tide, monsoons, endangered panthers and who-knows-what-the-hell-else that exists in the Everglades, swamps and saltwater depths that could kill you or your pup!

Alaska: Seward’s Folly is under ice, snow, freezing temps or rain for about 10 months of the year. Even when the weather breaks and you can stand to be outside for more than 5 minutes, you then have to contend with moose, grizzlies, black bears and wolves! Getting training birds in some parts of the state is nearly impossible.

Wisconsin: While wolf reintroduction in the Rockies makes headlines, the apex predator has been in The Badger State for quite some time…and a pack of barking hounds on a bear trail means one thing to them: dinner. Like Alaska, Wisconsin also has cold, brutal winters that make for long months of iced-up water and deep snow; not exactly conducive to waterfowl-dog training.

While I’ve highlighted, my top three states, there are several others that fit the bill (like Texas: hot summers, cactus, snakes, hogs). Lets here your thoughts Gun Doggers!