In case you missed my last post, I’m in need of a bark collar to keep the mutts quiet in... 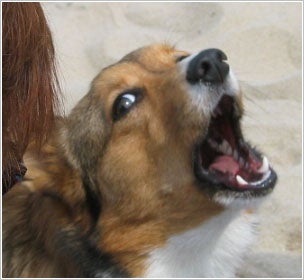 In case you missed my last post, I’m in need of a bark collar to keep the mutts quiet in the small apartment we’re now living in. I’ve never had need of a bark collar so am looking to you, Gun Doggers, for some recommendations. I’ve got a few in mind, but any feedback or experience you have with bark collars is appreciated.

I do want the collar to be sensitive enough to pick up obscene whining, because according to the “notice” I received from the management of the apartment complex, the dogs are “barking, whining and scratching” when I’m not home (what they’re scratching and how someone would know that they are scratching, I do not know…). I like adjustable-level stimulation and a collar that automatically increases the correction level in response to barking is a nice touch–although I’d forgo a non-self-adjusting collar and just set it to a higher level if it had other features that I liked…after all, a correction is a correction, no sense in nagging the dog to death.

And before we get too far, let me just say that I want one that uses electricity. I know there are the spray collars, but my dogs are like me: stubborn and mouthy. My bulldog might actually bark just to lap up any spray extinguished in his face. The Lab would probably roll in it. I need this collar correction to work quickly and efficiently. That said, my dogs aren’t hard-headed enough to require two collars strapped to them; I believe they’ll learn the lessons in short order.

With that said, I’m looking for recommendations and feedback from you, Gun Doggers. If you have any info on bark collars and good or bad experiences with them, please let me know. Here are few models I’ve got my eye on:

*DT Systems SUPER Pro Elite: I have to admit, this collar gets my gear-head gene fired up. It’s a great toy (and by that I mean tool) that incorporates not only a bark collar and standard e-collar, but you can also get a beeper locator with it, too! Bark suppression, continuous or nick correction, vibration mode and multi-dog units. The only drawbacks I see are that the transmitter is only “weatherproof” and not waterproof but that probably because it’s an LCD display screen (which tells you all sorts of cool info like level of stimulation you’re using from a choice of 50(!) levels, remaining transmitter battery life and which dog is being controlled with a multi-dog unit). The price is a little steep at $390, but if you consider you’re getting a $100 bark collar as well as a high-end training collar it’s really quite economical, as well as convenient.

*Tri-Tronics Bark Limitor G3: A small unit that has five levels of stimulation, I don’t think it automatically increases correction if the dog barks through it, however. What I like about this little unit is: 1. The price. At $105 it’s cheaper than the stop-gap unit I bought at PetCo, and 2. The Bark Odometer. This cool function tells you how many times the dog barked since the unit was tuned on. Now that’s pretty cool. You can unequivocally know if your dog is barking or not while you’re away. That would be a big bonus not only for my own piece of mind that the collar is working and the dog “gets it” and is quiet, but also for any discussions I might have to have with management. You never know what those cat people are going to say about canines so it would be nice to have a function like this as a little “proof” to help my case. The downside I see is that while Tri-Tronics tries to promote replaceable batteries as a positive, I like to have a charger. I can’t remember to get batteries for my $7 electric toothbrush, am I really going to remember to get one for my dog’s collar? And how do I know when the batteries are on their deathbed?

*Dogtra YS-500 Bark Collar: I’m guessing that the 500 model is similar to the YS-300 model, which on DogsAfield.com has more info. It looks like the difference is the size of dog the two models are made for. Here’s what I like about this model: rapid recharge system (2-hour recharge), a “testing level” that allows you to test the collar without any electrical stimulation, the tri-colored LED battery-life indicator, it’s fully waterproof (as are the other units) and the $80 price tag ain’t too shabby either. I’m kind of split on the vibration warning prior to stimulation. I can see that working similar to pre-cue-cue training idea of correcting a dog, but it seems kind of pointless in this situation. The idea is to correct the dog for a behavior that the collar is automatically making. The pre-cue-cue philosophy helps the trainer making a manual correction stretch out that correction time. It seems sort of self-defeating to have the collar warn the dog that it’s going to get corrected for barking; almost seems to open the door to allowing the dog to get one bark in knowing it’s got a second or two before the real correction comes…I’d have to learn more about the philosophy behind this before I’d commit to it.

*Innotek BC-200: This is the unit I bought from PetCo to act as a stop-gap until I could research bark collars more in-depth, as well as ask your opinion Gun Doggers. I like how small it is and it holds a charge for quiet some time…Kona is going on three days wearing it on and off with only one charge. I like the auto-adjusting feature that increases stimulation according to the dog’s action of continued barking or not. You can test it by rubbing the prongs along a countertop to see if it’s still working. What I’m not sure about is, if the thing is actually working. My dog’s are quiet when I’m around. They only bark when surprised or if another dog is walking by, and a quick “quiet” command usually suffices to silence them. I have no clue as to whether or not this collar is working when I’m not around. I’ve tried tricking them into barking to see if I can catch the correction or not, but they don’t fall for it. I’m not sure if I’ll keep this collar or not. Has anyone else used it? In the course of full disclosure, I guess it might help if I actually watched the instructional DVD that came with it…