Found in the Field

When Kona had his explosive bout of diarrhea, the vet said it could have been cause by Giardia or perhaps... 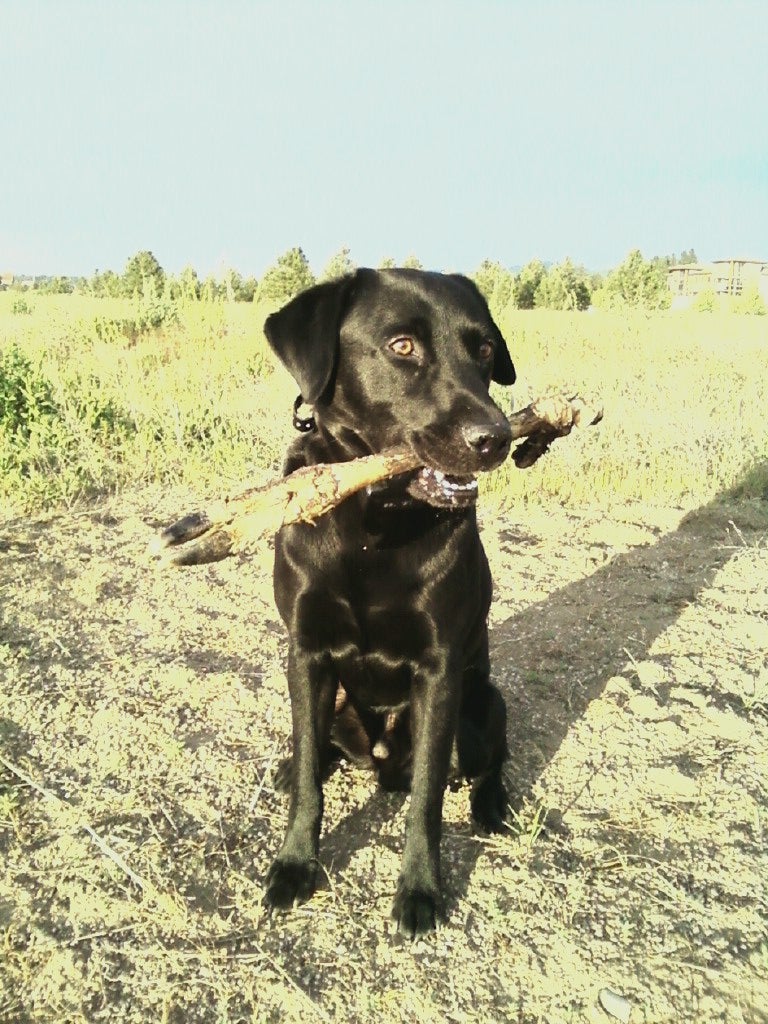 When Kona had his explosive bout of diarrhea, the vet said it could have been cause by Giardia or perhaps something he ate. “It’s impossible to keep an eye on our dogs at all times,” she said. “And they can wolf something down in no time.”

Today was a perfect example of that. This morning Kona snapped something up and started crunching away. It was small bone of some sort. I pulled the remaining splinters out of his mouth and “no’d” him off what was left on the ground. On our evening walk in a different field, the “Black Booger” came back with the remains of a deer leg!

He was pretty proud of his hoofed find, but I still took it away and “no’d” him off of it (only to return a while later for a photo op for the blog!). It got me to thinking about the various things he and I have seen and found while training:

*Balls: I’ve never bought a baseball, softball, tennis ball or golf ball. But, I have dozens of them from playgrounds and parks from Oklahoma to New York to Washington state. We have acquired two from the field in front of the apartment.

*Wildlife: We’ve spooked up whitetails across the country, a fox in Mercer County Park in NJ, tons of rabbits and, of course, geese, ducks, cranes, quail, chukar, pheasants and herons, as well as turtles, snakes, armadillos and other critters I never got the chance to identify, but which Kona chased through tall grasses, marshes and woodlands.

*Weather: “The Black Booger” (or if he’s making me proud and is amped up, “The Black Bullet”) and I have seen some great sunsets and rises in the last six years, as well as freezing temps, downpours, searing heat, snow and even weather associated with approaching tornadic storms.

*Dogs: Most of the time we run across little yappy ankle biters or fellow gun dog folks. Both are usually pleasant and discussions are polite and cheery. There was the one time, however, that Kona and I had an encounter with an unruly, undisciplined and out of control pitbull whose owners were afraid of it. That ended with first Kona in a fight with it and then me. Kona did much better than I did. I ended up at the ER getting stitches in my inner thigh. That’s a story for another time. There was also the time we found a dog carcass near a training and hunting spot; I don’t like to think about that.

I’m sure there are lots of things I’m forgetting, but those readily come to mind. What are some of the things you’ve found or experience while training or hunting with your pooch?