Molly the dog came with my wife Karen. It was kind of a package deal. Some wives come with a... 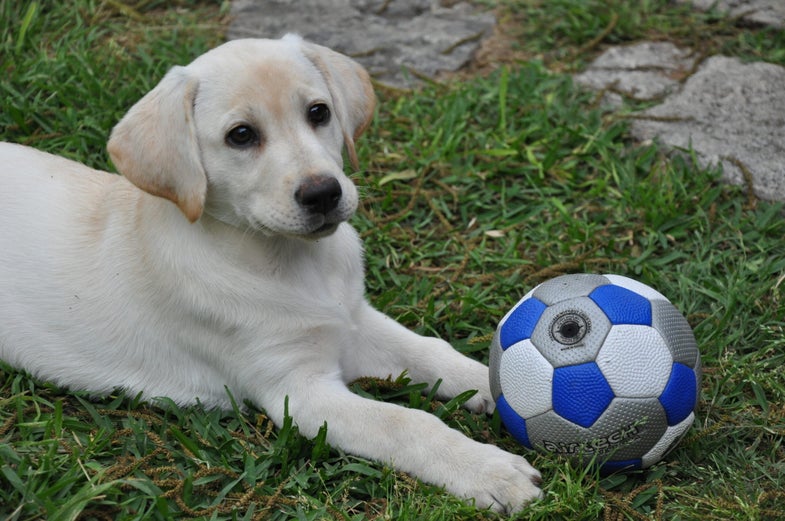 Molly the dog came with my wife Karen.

It was kind of a package deal.

Some wives come with a dowry, mine came with a dog. I actually think it was a pretty good deal.

Molly was part ridgeback, part greyhound, and all mutt and by the time I came into the relationship she was a year and half old and weighed in at around 65 pounds. In the period before my arrival she had turned the garden part of Karen’s garden home into a desolate area that resembled Sherman’s March to the Sea. Molly followed some commands, such as “sit” and “heal,” but choose to ignore or didn’t understand others, such as “sit” and “heal.” She wasn’t well trained but she was great nonetheless.

Shortly after we got married Karen and I moved from Austin to a small town in the Texas Hill Country. We bought an old fixer upper house with a huge yard and went about the business of starting our new lives in a new town. Molly loved her new home and before long she transferred her yard destroying energy into squirrel killing energy. She became very adept at killing the little vermin and like a true hunter, became addicted to the chase.

On weekends Karen and I would take Molly to the river for a swim or to any of the neighboring parks for a hike. We took her on out of town trips and on sojourns to visit parents. She was our dog and we loved her. And it was always apparent that she loved us as well.

For the next decade Molly was a part of everything we did. She was around when we fixed up the house and when we added onto it. She was there when we brought home our daughter and three years later when we brought home our son. As our children grew so did Molly’s interaction with them. At first she was apprehensive, nervous. Later she was playful and guarding. She did what dogs do. She protected her pack.

Last summer Molly’s age caught up with her with a vengeance. She became arthritic. Her eyesight waned. And her skin became a never ending stage of allergies and discomfort. She had to go to the vet more and more and she didn’t always leave feeling better. I knew what was happening to Molly. So did my wife. So did the vet. We all knew. And we all knew what the right thing to do was. But no one wanted to say it. When I finally broached the subject with Karen she didn’t want to hear it. I understood. I hadn’t wanted to say it. Nobody wants to say it. Nobody wants to have to do it either.

Karen took Molly to the vet one last time on a scorching Friday afternoon. She wouldn’t let me go with her. She said she had to take Molly herself. I understood. But that didn’t make it easier. Karen returned with Molly’s collar. We buried it in the back yard along with her water bowl and a few of the towels she had taken to lying on in the last few months. The kids each said something they loved about Molly and I followed by affirming my belief that she was somewhere chasing squirrels again and feeling no pain. Karen agreed and then we all cried.

The following year was different. Things were hectic. The kids became involved in more activities and Karen and I worked more and more at our respective careers. I travelled a lot more. Karen had more meetings. It seemed as if none of us ever had any down time. We were always busy doing something. In short, life went on.

This past weekend life brought us “Stoney.” She’s a ten week old golden Labrador retriever and quite possible the best looking dog I’ve ever seen. The kids wanted to name her “Diamond” but Karen quickly said “no.” They then wanted to name her “Bubbles” but I said “hell no.” Stoney was a compromise. It’s short for “Limestone” which is the color of her coat. It also happens to be what most of our town is constructed of. Regardless, it’s sure a heck of a lot better than “Bubbles.” Nobody wants a dog with a stripper name.

Stoney’s first week home went pretty well. There were a few incidents involving destruction and a whole lot of urine on the floor but overall she did pretty well. The kids love her and they complain incessantly when they have to leave her to go to bed. It’s then that the real show begins. That’s when my wife takes her. Karen will sit for hours watching TV or reading a book just petting her and telling her how sweet she is. It’s a side of my wife I haven’t seen in some time. It reminds me of when we were first married.

I just hope my sentimentality doesn’t fain the first time Stoney craps on the floor. Because I’m sure that’s coming.

Any of you marry someone that came with a dog? Gotten a new puppy recently? Comment below.