Check out this info from HumaneWatch.org on HSUS’s rating from the well-respected charity watchdog group, Charity Navigator. It sheds some... 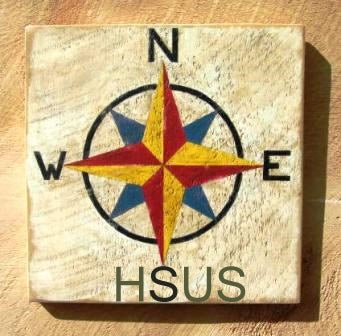 Check out this info from HumaneWatch.org on HSUS’s rating from the well-respected charity watchdog group, Charity Navigator. It sheds some interesting light on the Humane Society of the United States’ fiscal responsibility and efficiencies (or lack thereof).

I’ve long maintained that the HSUS is the most dangerous anti-hunting, animal-rights group on the planet. HSUS is much more effective at interfering with hunting (and all associated endeavors, such as dog breeding and training) than the media-whoring group PETA because they strike a direct blow with lobbying efforts and ballot initiatives.

What PETA excels at, in addition to grabbing headlines, is brainwashing our youth. I’ve spent time on their website aimed at teens and it’s scary what they’re telling our children. Check out the main website here: PETA2.

What’s even more scary is what America’s children will believe and repeat as fact. Don’t believe me? Go to the PETA2 boards and read some of the most popular discussions:

But I digress, this blog post is about HSUS and their downgraded rating by Charity Navigator. The charity watchdog/research group recently changed HSUS’s score from four stars to three. It might not seem like much, but it does highlight what hunting groups like the U.S. Sportmen’s Alliance (which received four starsfrom Charity Navigator) and others (such as HumaneWatch.org and Center for Consumer Freedom, which tend to be backed by big agri-business) have said about HSUS.

That accusation, and an accurate one in my opinion, is namely that the HSUS makes millions of dollars off their name and under the guise of helping shelter animals, when in reality they directly control absolutely zero shelters and donate a very (VERY!) small percentage of their overall raised funds to help these animals.

When people receive direct mailings from HSUS soliciting money, most people give it thinking that they’re helping abandoned puppies and kitties avoid a long walk down a darkened hallway to a waiting gas chamber. The fact is, local humane society shelters operate on extremely small budgets funded by local taxes and donations. HSUS is not a governing body of local humane shelters and has absolutely nothing to do with them.

In addition to receiving donations under less than truthful means (one might even say, fraudulent?), HSUS detractors point out the organization’s inefficient expenditures and budgeted fundraising efforts. Indeed, Charity Navigator gave HSUS an Efficiency Rating of ONE star, while their fundraising expenses DOUBLED!

As an aside, Humane Society International, the global arm of HSUS, received a Charity Navigator rating of ONE star.

Does all this really matter? Not really. So long as the general public believes that the Humane Society of the United States is synonymous with local humane society shelters, the fundraising machine will continue to reap tens of millions of dollars annually…the majority of which will go to lobby politicians and fund anti-hunting/animal-rights ballot initiatives in individual states.