A Concert for the Dogs

Seriously? Some people will do anything for their pets. Usually more than they’d do for children. Take this story about... 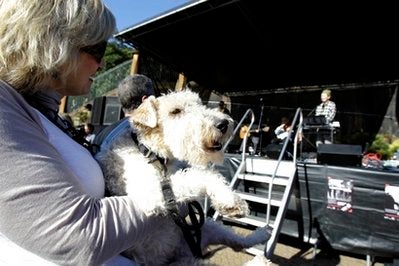 Seriously? Some people will do anything for their pets. Usually more than they’d do for children. Take this story about a musician that put on a concert for people and their dogs at the Sydney Opera House in Australia.

The performance featured “20 minutes of thumping beats, whale calls, whistles and a few high-pitched electronic sounds” all meant to pleasure the ears of canines. It’s a little goofy, maybe even downright stupid, but I have brought my dog to minor league baseball games during those events. Of course, I had the urge to release Kona to shag foul balls throughout the entire thing.

As goofy as the opera for pooches is, it’s not the craziest story I’ve ever read about business and pleasure (or both) aimed at canines.

No, that story would be one from around 2004. It was about a man in Germany that was planning on opening a brothel for dogs.

Has anyone heard a story crazier than that????