Saved the Dog, Killed the Phone

Recently I found myself neck deep in a murky, mucky farm pond searching frantically for my bulldog, Hoss, who had... 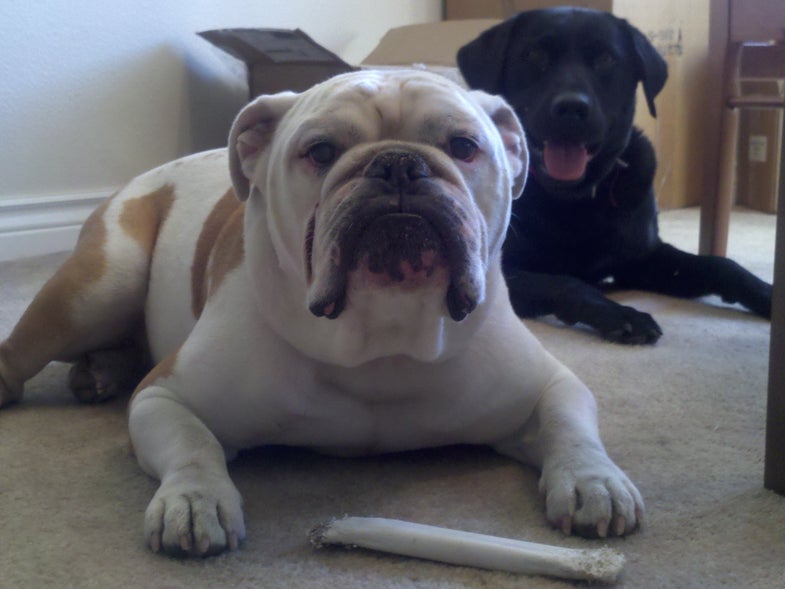 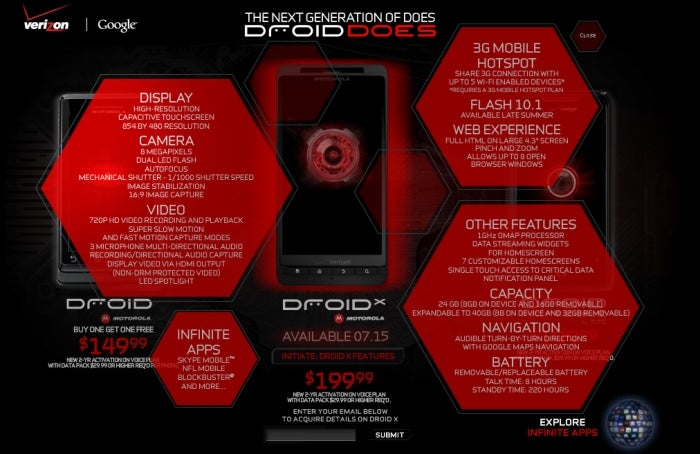 Recently I found myself neck deep in a murky, mucky farm pond searching frantically for my bulldog, Hoss, who had disappeared beneath the goose-poop coated surface just seconds before.

I was visiting my buddy Woody’s place. My son, Tucker, and Woody’s boy, Easton, were playing in the inflatable pool and after they had some fun, the plan was to take a four-wheeler ride around part of the property and check trail cams for whitetail deer, elk, moose and whatever other game photos were captured over the past 10 days.

It was hot out, with temps hovering around 90 degrees or so. Kona, my Lab, and Hoss were running around checking out the area with Woody’s Lab. There were all panting pretty heavily, especially the bulldog. Bullies are very prone to overheating and many have succumbed to the effects of heat. So before Hoss passed out, I decided to take the pooches up to the aforementioned pond to let them take a dip and cool off. Hoss doesn’t really swim for more than a few seconds, but he does enjoy wading in the shallows up to his chest to cool off. If he has his life jacket on, he’ll venture out a bit further, sometimes even trying to keep up with Lab (a losing endeavor).

As the pack of pooches and myself approached the pond, I pulled my cell phone out and was listening to a voicemail from former OL editor Doug Howlett on his adventure to Montana for wedding of Petersen’s Hunting editor Mike Schoby. Somewhere around the time he mentioned waiting for a ride between a Greyhound bus stop and a liquor store, I heard the splashing of dogs jumping in the water. Then I heard something the pulled my eyes up from the ground as I walked up the embankment: a deep-sounding ker-plunk!

Looking up, with the phone to my ear, I watched as Hoss looked back at me as best he could (much like a linebacker in full pads, a bulldog’s range of motion for their neck is limited) and tried to swim in a circle to shore (unlike the lithe Lab, Hoss takes wiiiiide turns in the water).

He made it about parallel to the bank before his butt started to sink. His eyes widened and as his butt dropped and he went vertical in water, I threw my cell phone behind me, stepped up to the bank and emptied my pockets by throwing everything out (except my wallet, as I’d later learn).

As Hoss disappeared beneath the surface, I stepped into the pond thinking I could just reach down and grasp him by the collar. One step off the bank and I was almost completely underwater. There was no gradual bank; this was a water-filled holed. I was standing in the mucky water up to my chin and was waving my arm in an arc around the area I had last seen Hoss.

There was nothing. I continued to search the water column with one arm and tried to keep my balance on the slick, muddy bottom. Finally I touched his solid form. He was below my waist and sinking fast.

Able to get my hand under him, I popped him upwards in the water column. I knew there was no way to get him under control and above my head, and keep him there, without grasping his collar, so I searched for his neck and the thick material of his collar. Finding it I hoisted him upwards and thrust him out of the pond and held his 50-pound body above me as I slipped and slid on the slimy mud, neck deep in goose-pooped filled water and with a dead bass floating next to my head.

When I was close enough to the bank, I tossed him up on to it and made sure he was going to stay there. Pulling myself out of the pond of death, I saw that while a little freaked out, Hoss was fine. After I was sure he wasn’t going to require mouth-to-snout resuscitation, I went about collecting my stuff: car keys (thank God!), Kodak “flip” camera and phone. Only my phone wasn’t around.

I searched and searched to no avail. Even after I walked back to the house to get Woody, who was supervising the youngin’s in the pool and had a good laugh at first, the sight of my soaked, muck-covered body and then second at the story that had just taken place, and we searched together and called the thing from his phone, there was nothing. I guess the phone either tumbled down the bank and into the pond or one of the dogs knocked it in amongst all the excitement.

So I saved the bulldog but killed my phone. It’s about as good of an excuse to get a new phone as there is, I guess. So off to the Verizon store I went the next day. I’m now the proud owner of not only two dogs, albeit one now somewhat water-shy bulldog, but also a new Droid X (see photo on right). I’m adding the cost of purchase, data plan and bill difference to Hoss’s tab; damn dog has cost me thousands over the last decade and he doesn’t seem to care one bit!