Sleeper States: Beyond the Pheasant Forecast

If you read the 2010 Pheasant Forecast from the good folks at Pheasants Forever, you can get an idea of... 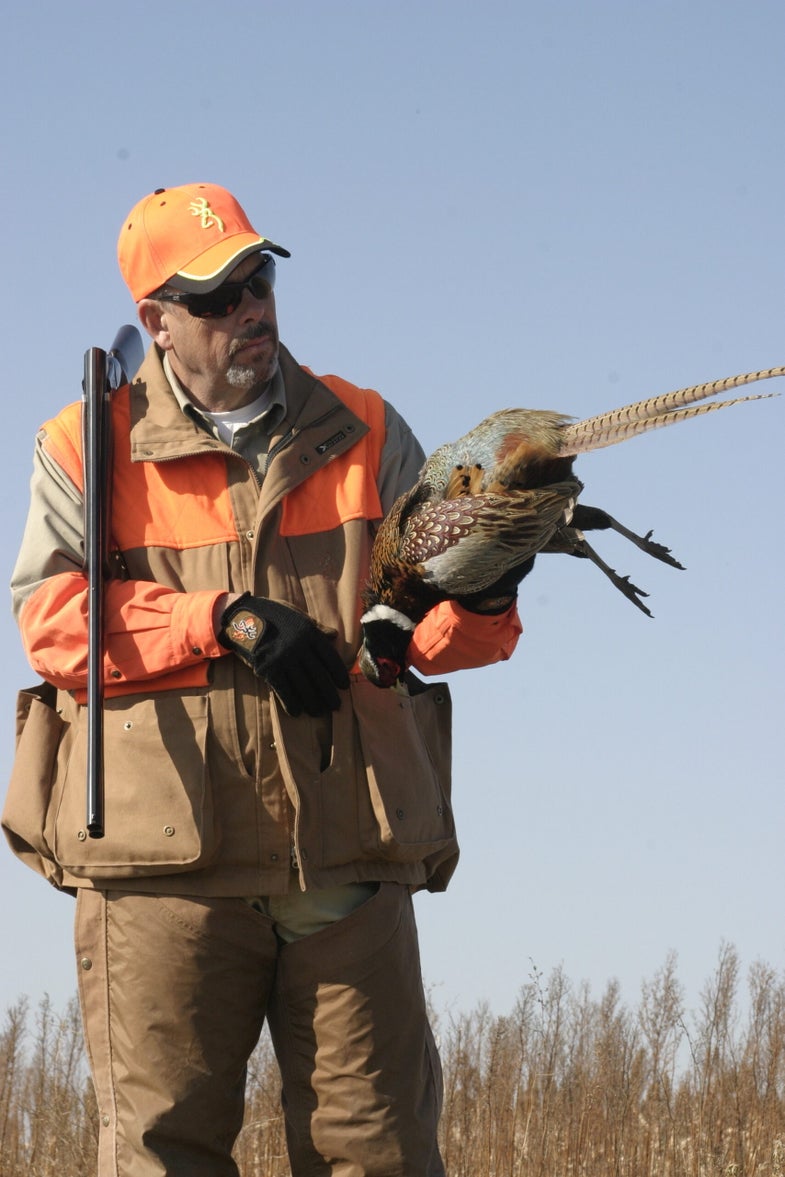 If you read the 2010 Pheasant Forecast from the good folks at Pheasants Forever, you can get an idea of your state’s outlook for the upland season, as well as possibly plan a road trip for the colorful birds.

Shooting down the highway headed for a destination hunt is always an adventure, but there are many plans to make. Utmost of importance is, obviously, where to go. The PF Forecast can help you decide and/or zero-in on habitat/hatch-rich areas within the state of your choice.

Perhaps just as important as where to go and a favorable forecast for success is access and competition. Spending a road trip dodging more hunters than a rooster on opening morning isn’t going to be much fun. And, to be honest, I don’t like people much, so my question for the folks at Pheasants Forever was: “Where the hell could I go for good hunting without running into everybody and their mother-in-laws?”

My buddy Anthony Hauck, the public relations specialist for both Pheasants Forever and Quail Forever, gave me the down-low on the lowdown. And in turn, I’m passing it on to you:

The top six pheasant states in terms of hunters and harvest are annually South and North Dakota , Kansas , Minnesota , Nebraska and Iowa (historically, though not this year). But there are some states not typically associated in that crowd that wingshooters should not overlook.

Colorado – Honestly, how many people do you know that purposely drive to Colorado to pheasant hunt? But it’s a well-kept secret that the state has some good pheasant hunting. Pheasants Forever members know this because we’ve ran some features about the state in our magazine in recent years, and of course resident Colorado hunters know this, but that may be it.

Bird numbers are excellent this year, and there are public access opportunities (see forecast to see what I mean). And the state itself is trying to draw a bit more attention as a “pheasant state” by offering a pheasant hunting DVD with its small game brochure. Hardcore pheasant hunters are familiar with the “Golden Triangle” region of South Dakota (the storied pheasant hunting area from Gregory, Winner and Chamberlain, South Dakota), but Colorado has it’s own version of the “Golden Triangle” – the state’s best pheasant range – the triangular area from Sterling to Holyoke to Burlington.

_Montana – It’s such a big state, meaning bird numbers seemingly fluctuate across it every year, and this year is no different. But there are birds to be had and there’s access (i.e. Block Management). More than anything, though, this is an “experience” hunt that every pheasant hunter should do at least once in his/her lifetime. From the openness of eastern Montana to the Rocky Mountain backdrop as you move westward, the vistas cannot be beat. Throw in Huns and sharpies as bonus birds while chasing ringnecks, and you’ll think you’ve died and gone to heaven.

_The eastern half is where most of the pheasant hunters go, and with good reason because the bird numbers are insane. But look at it like this: South Dakota does an August roadside survey that calculates pheasants on a per-mile index. The statewide average is 6.45 pheasants per mile. The index for the Western Region of South Dakota this year is 4.27 pheasants per mile. It may be below the total South Dakota average, but it’s actually higher than the Watertown, SD, area and not far behind the Mitchell-area average – and slightly below average in South Dakota would still be cosmic anywhere else. The crowds won’t be as bad, there’s still plenty of access and if you luck out, you might even put a sharpie or a Hun into your bag.
_