Dec. Pheasants: It’s All About Habitat

It became obvious during my trip to South Dakota last week that the habitat work groups like Pheasants Forever undertake... 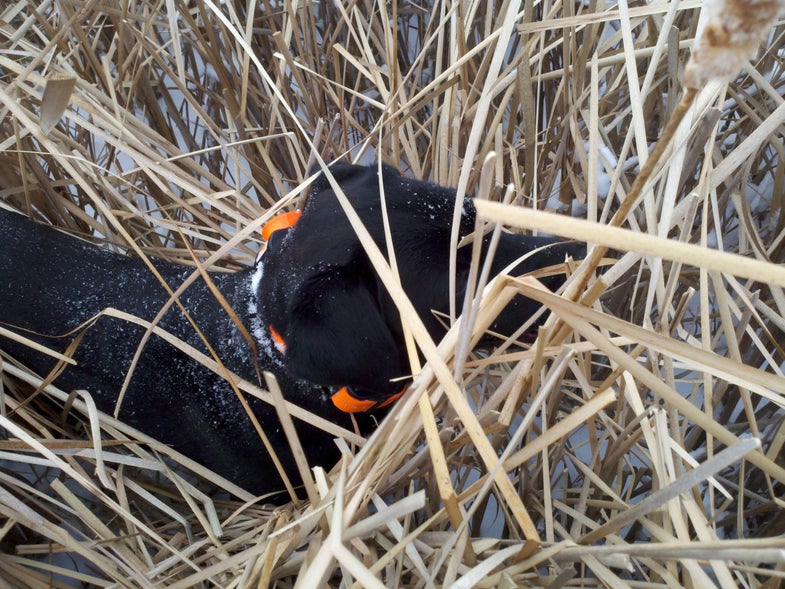 It became obvious during my trip to South Dakota last week that the habitat work groups like Pheasants Forever undertake makes all the difference in the survival of wildlife and the success of hunters.

During the cold snowy days of the late season, pheasants need protection not only from the elements but also from avian and mammalian predators (everything from coyotes to humans). The birds’ cover of choice, whether they were on private or public land, was very specific and boiled down to two very distinct spots.The best habitat consisted of very dense, thick cover that protected the birds from falling snow, blowing winds and predators. With that in mind, the top-two spots were:

Cattail Sloughs: Frozen potholes, ponds and lakes provide some of the best protection for ringnecks. Check out the pic of Kona working through the cattails found on public land as evidence. The tall reeds interlock and form dense stands of thick cover. If/when snow topples them, the tough vegetation creates even more protection when matted into little caves under the surrounding standing cattails.

You better have a dog that loves cover and knows how to bust through it if you want to get birds hiding in here to take flight. Often ringnecks would run and flush wild (so goes late-season hunting), but just as often they would hold so tight that they would flush between myself and a working dog — or from almost underfoot!

Because much of eastern South Dakota consists of Prairie-Pothole habitat, there are acres upon acres of cattails ringing waterholes on both public and private lands. When the weather turns frigid and standing water ices over, new habitat is actually created and used by the pheasants.

Switchgrass: High, thick grass that creates a uniform blanket of cover, the switchgrass on both public and private land held pheasants last week. On one public area, a single block of grass was the only real cover to speak of and produced three birds for our group’s bag. Several other flushed out of range (and/or were cleanly missed by the gunners, but we’ll go with ‘wild flushes’ for now…).

What became very evident during the South Dakota was that habitat was the key to success.

On public land it was of utmost importance. Without either cattail sloughs or switchgrass, you could pretty much count on lots of walking and only scratching out a flush here or there.

On private land the birds were able to disperse a little more and venture into various types of habitat, but where their essential needs were met you could find an abundance of birds. In fact, on both the Johannsen Farms Outfitting hunting area and at Tom Dokken’s place, neighboring property’s pheasants were sucking into the area seeking refuge in the cover and taking advantage of the food supply.

While the video below takes place in standing corn at Johannsen Farms Outfitting, it speaks to the benefits of providing proper habitat. With the right mixture of food and cover wildlife will not only survive but prosper. Keep in mind that Johannsen Farms Outfitting is an all-wild bird affair; this isn’t a put-and-take operation. Eric Johannsen has worked hard for the last 10 years to incorporate prime pheasant habitat into his family’s working farm. By taking advantage of Pheasants Forever’s knowledge and grassroots model, as well as government programs found in the Farm Bill (like CRP sign ups), Johannsen has weaved prime pheasant habitat into his family’s 6,000-acre working farm–the results speak for themselves:

Now that’s a lot of birds! I had already gotten my limit (three birds; the third of which I nailed after taking about 10 steps into that corn) and just sat and watched as literally, I’m not exaggerating or trying to sell the place, THOUSANDS of birds poured out of the field. They just kept coming and coming (I have several other videos just like this one; and they just scratch the surface).