Strange Death of a Setter

Recently, a high school friend contacted me on Facebook about the death of her family’s English setter. The symptoms came... 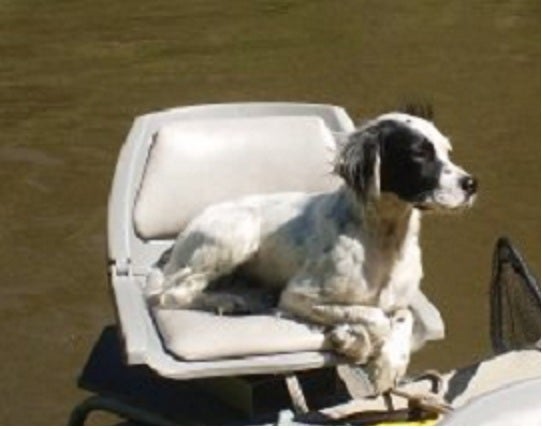 Recently, a high school friend contacted me on Facebook about the death of her family’s English setter. The symptoms came about suddenly, and within a day or so the little black and white bird dog, named Checkers, was dead.

Here’s her story of what happened to the family pet and what I was able to find out from veterinarian Ben Character, author of Sports Medicine for the Retriever: Caring for the Hunting Retriever.

My friend, Brandy, knows that they will never really know what happened to their dog (without an expensive autopsy), but having at least an idea or two of what may have taken place might give them some closure.

It seems that the whole family went back to our hometown for Christmas; a five-plus-hour drive. The dog, a five-year old English setter, was fine on the 23rd. On the 24th it was lethargic and wouldn’t eat or drink. On the 25th it came to a head just like that and the dog died that evening. It had some weird symptoms that came on suddenly. Here’s how she described it:

“we got to mom and dad’s and she acted fine on the 23rd. And then on the 24th she started acting ill: she was laying down and not acting like our running bird dog…but everyone gets ill sometimes…mom and dad live in farm country with no neighbors with poisons out or anything….the next day she was worse: she wouldn;t drink or eat….layed around all day….peed blood….there were no vets open on christmas…we thought if she makes it thru the night she is going in first thing….we pulled up her lip and her whole mouth was orange…mustard yellow…obvious liver shut down….that night Ben took her to bed with him and when i went upstairs she was at the end of the bed and had bled out….but her blood was mustard yellow….”

My thoughts were that the dog got in to some poison at some point. Even though Brandy was sure there was none around, we all know that it only takes a moment for a dog to consume something. That said, I wanted to get an experts opinion. While it’s not much to go on, Ben Character had some very good possibilities.

Below you will find the email Dr. Ben Character sent in response to these strange symptoms. Read on for some of the possibilities:

“Gosh Brian this could be lots of things… also many of the observances could go various ways… but my thoughts are below:

“Blood” should be in quotes because, this could be either blood (tumor, cogaulapathy, trauma, infection [bladder or kidney]), hemoglobin (usually caused by something attacking the RBCs), or myoglobin (secondary to extreme muscle damage) in the urine, each has a multitude of causative factors (in parenths)… further analysis could have detected which of the three

After she was dead? if while alive then, given the red urine, I’d lean toward some sort of red blood cell destruction (which would point to a hemaglobinuria above) or coagulopathy (which would have been blood in the urine)

not necessarily, yes technically “icterus” is due to liver but more generally any yellowing can be called jaundice or icterus which could also be from red cell destruction since it can also cause a yellow/orangish coloring of the membranes

At the end of the bed and had bled out….

??? from where??? if from multiple sites this fits a coagulopahty best guess??? if just from the reproductive tract then RBC destruction or renal bleed still on the table

But her blood was mustard yellow…

back to RBC destruction, presuming this was the blood from the “bleed out”??

then there is always DIC (dissminated intravascular coagulopathy) which can occur as a result of any extremely massive insult to the vascular/endothelial system….

1.) primary coagulopathy (e.g. rat poison), 2.) autoimmune hemolytic anemia (or other cause of massive RBC destruction – e.g. blood parasite) 3.) some other problem that resulted in DIC

best I can do with limited information via the internet.”