Downside of the Raw Diet

In addition to the all-natural processed foods hitting store shelves over the last couple of years, another dietary trend that... 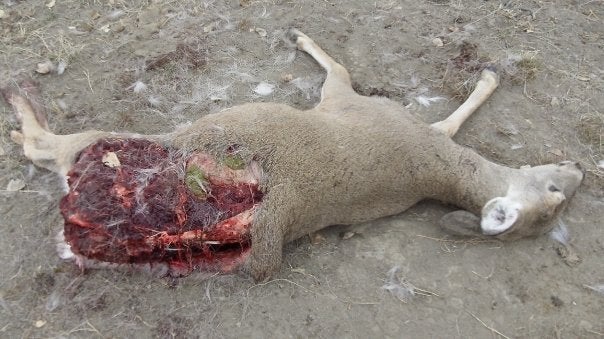 In addition to the all-natural processed foods hitting store shelves over the last couple of years, another dietary trend that has taken off is the “raw” diet. Instead of feeding processed pellets made of turkey, duck, deer, salmon or whatever else, the raw diet calls for the actual meat of wild fish and game, and sometimes cattle, sheep or other livestock, to be fed.

If you have the time, knowledge and resources, it can be a very healthy diet for your dog. There is more than one drawback, however; it goes beyond the preparation and storage of large quantities of meat and threatens to create a black market trade in wildlife.

As you can read in this USA Today article, dog owners’ quest for raw, wild meat has led to the selling of natural resources online. Craigslist and eBay are used to solicit and/or sell meat from ducks, deer, elk, salmon or just about any other type of wild game.

As you can imagine, unlicensed harvesting of game for a profit is a slippery slope. Left unchecked, illegal trade could create a black market similar to China’s demand for wildlife parts like black bear gall bladders or shark fins. Whenever money is involved, someone (and lots of someones at that…) will always abuse the system and resource, milking every last scrap of meat, drop of blood and red cent that they can rend from the rest of us.

The selling of illegal game meat can net you five years in prison and a $5,000 fine and buying the stuff can get you six months in the slammer and a $500 fine. A source in the article states that he doesn’t know of any place you can purchase deer meat commercially due to FDA standards.

Just this past week I was talking with a guy that fees his Labs a raw diet that consists of moose meat, salmon, boil potatoes and mixed veggies. He has an advantage most of us don’t: he was an outfitter that lives in the wilderness and has Europeans that come over to moose hunt. They can’t bring the meat home with them, so he takes some for the dogs, his guides and then gives some to neighbors and food banks.

Beyond the suppy and legal issues, I don’t think the raw diet is for me. Way too much hasssle. Even if I had a steady supply of game meat to feed the mutts, storing and preparation would be a pain in the butt. Think about the room a year’s worth of meat for a couple of dogs would require. Granted, a nice-sized freezer would probably hold all you needed but still, that’s quite an investment.

The preparation and time required to feed properly is beyond my patience. Heck, if my son isn’t around I barely feed myself adequately. I’ve seen a few raw recipes and they’re quite detailed in the amounts of various meats, veggies, etc, to ensure that the pooches are getting all the proper amounts of protein, fat and other building blocks of nutrition.

No, I think I’ll stick with Purina Pro Plan. So much easier to scoop out three cups and know for sure that they’re getting all the nutrients required to run, hunt and live a healthy life.