If Charlie Sheen Were a Dog

If you haven’t seen or heard the train wreck that is Charlie Sheen lately, then you’re missing out (well, on... 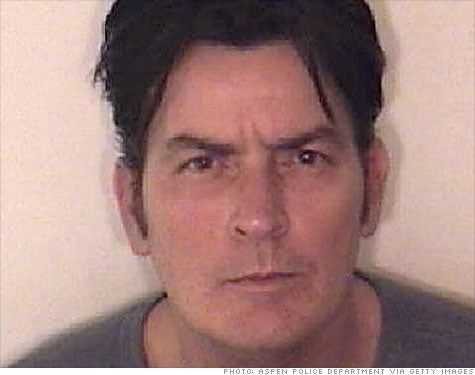 If you haven’t seen or heard the train wreck that is Charlie Sheen lately, then you’re missing out (well, on second thought, maybe not). The troubled, yet highly entertaining, actor is letting loose with more one-line zingers than a proverbial stray dog has fleas. Everyone from his producer to CBS execs to the media are the target of his zany, hubris-filled citations. A slew of deranged passages (“they’ve picked a fight with a warlock”) that are sure to be quoted for years — or at least until the next Hollywood crazy comes along — and delusional behavior made me wonder: If Charlie Sheen were a dog, what breed would he be?

Trying to determine where Sheen lies in the canine-personality spectrum, which is itself an insult to dogs everywhere, does come with one caveat: the unbalanced nature of both beings. While Sheen has only recently seemed to pass the tipping point, although his crazy exploits have been documented for decades in the tabloids, an unbalanced dog is almost always a result of its environment.

Actually, I guess both have that in common; an unstable environment invites destructive and unreasonable conduct. For only in Hollywood would Sheen’s behavior be even remotely tolerated and only in a dysfunctional (from a canine’s point of view) home are unstable actions rewarded.

That said, the point I’m trying to make is: dogs are generally balanced creatures and so when I put forth a couple of guesses as to what breed Sheen would be, you have to take into account that these are not only based upon stereotypes but also an unstable apparition of the breed — those stereotypes perverted and that might also coalesce in behavior similar to Sheen’s over-the-toppedness of the last couple of months.

Pit Bull: Popular among gang members and other toughs as a means to improve their own masculinity, pit bulls are notoriously tough, unpredictable and often don’t follow the rules of society (or more accurately their owners don’t, but sadly it’s the dog that is saddled with the irresponsibility). Similarly, Sheen has taken part in bar brawls, frequents hookers and conducts business with drug dealers. As the Pit-Sheen sees it: rules don’t apply to him because “he’s special.”

Miniature Schnauzer: Like Sheen’s recent and incessant yapping on radio and television shows, miniature schnauzers yip and bark constantly. Demanding special grooming to maintain their regal looks, these dogs would fit perfectly in the self-promotion of Hollywood (and those are the stable ones!).

Stray/Mongrel: The tramp that he is, Sheen might not fit into any one specific breed or category of dogs. His shattered and unsettled self cannot be contained by any one place or woman (except of course, Hollywood, where this type of behavior is not only tolerated but often rewarded; so he’s limited to southern California/L.A. for long-term survival, the odds of which are dropping rapidly anyway). With baby-mamas, ex-wives and live-in girlfriends, Sheen’s uncommitted and unapologetic lifestyle lends credence to this canine alter ego.

While Tom Cruise, Mel Gibson and Tiger Woods might be grateful for dog fight Sheen has stirred up in the media, it’s clear the Hollywood progeny hasn’t learned a lesson every dog inherently understands: don’t bite the hand that feeds you.

For all his bad-mouthing of producers and CBS execs, Sheen risks losing his place as the highest-paid television actor — he garners approximately $2 million per episode of “Two and a Half Men.”

If he really were a dog, Sheen wouldn’t have received more than one chance to bite the network hand that has fed him for the last eight years. Most of the dog guys I know would have taken him to the back-forty for a long walk from which he wouldn’t have returned.

Of course, this is Hollywood we’re talking about and the rules of reality don’t apply to actors because they are indeed “special.” There will always be another studio, producer or director willing to leverage Sheen’s name and media draw to get their project noticed just as there will always be homes that reward dysfunctional behavior of their canine companions and then wonder why it continues.