Pushing deadlines and cramming isn’t a good practice for anyone. When a dog is added to the mix, however, cramming... 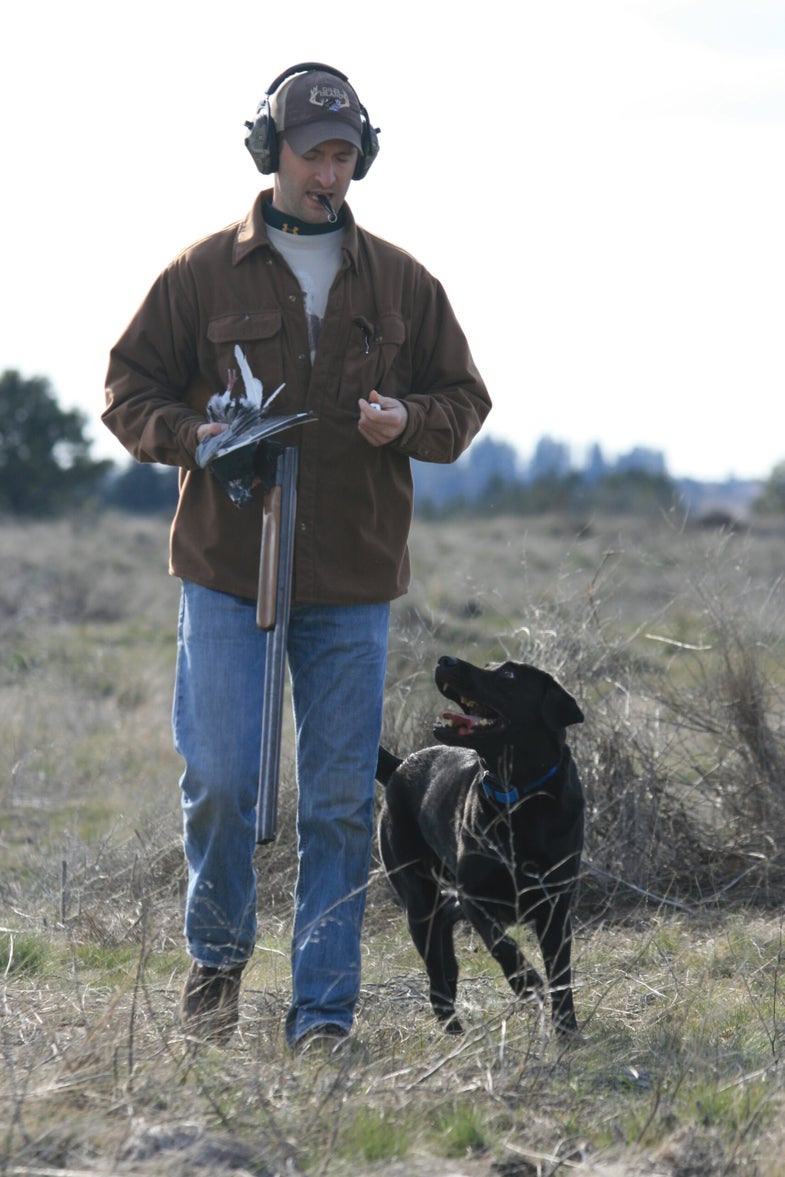 Pushing deadlines and cramming isn’t a good practice for anyone. When a dog is added to the mix, however, cramming definitely doesn’t work.

Case in point: I entered Kona in a North American Hunting Retriever Association hunt test in Chewelah, Wash., despite not doing any serious training for months. We went 1-for-1 in the Senior Division, which is the highest of the organization’s four levels. We passed on Sunday but failed to meet the standard on Saturday.

To add an ironic twist, the judge that ruled us out Saturday was my high school Vice Principal. I was sent or called to his office on more than one occasion and now nearly 20 years after graduation I find myself, not to mention my dog, once more disciplined by the man.Going into the weekend I feared two elements of the test the most: sit to flush and trailing. Some last-minute training, or cramming if you will, did nothing to alleviate my concerns. Arriving at the test as a late entrant, I found out my high school Vice Principal has been into dogs for 30 years and would be judging the Senior stake on the first day.

This man struck fear into even the biggest, baddest football players we had at school. Probably because he was bigger and meaner than they were. His bald head contrasted with his dark bushy moustache and only served to frame his penetrating eyes.

I found myself sitting in his office on three occasions that I remember: once for talking in class (not guilty, it wasn’t me), once for getting into a fight in gym class (guilty, but I was sticking up for a smaller kid) and another for a Homecoming prank that apparently wasn’t funny to some female members of the senior class (again, guilty. But it WAS funny). In all three instances the punishment fit the crimes. He was very fair and two decades later it was no different.

After nailing the land triple and one-whistling the land blind, we moved on to the quarter and sit-to-flush test. Coming out of the holding blind we worked down a thick hedgerow. Kona worked the cover perfectly. He stayed in range and zig-zagged back and forth hunting the cover, plowing through briars and crossing the small creek in search of birds.

And then the sit-to-flush portion came. The thrower tossed the bird into the air and shot it. At the toss I blew the sit whistle and Kona’s butt dropped. The pigeon dropped too. About 7 yards in front of him. The mostly white bird flapped, flopped and rolled around. It was too much for Kona to handle even with a second whistle. He broke and had the devil bird in his mouth within two strides. Delivering it happily to hand, the man that had meted out discipline in 1992 again informed me of my punishment: “that’s an out,” he said.

I agreed with the decision (although I did say, “that was brutal!” to which my old VP agreed) and we ran as the test dog for the rest of the day.

On Sunday we did better but I think the only reason Kona didn’t break on the sit-to-flush portion was because the gunner missed. When Kona realized the pigeon wasn’t coming down his posture relaxed a bit and I no’d him off the flyaway and we continued quartering through the field. I can’t say for certain, but I am pretty sure had that bird been shot that “The Black Booger” would have reared his head and he would have broke again. I bet you can guess what we’ll be working on for the next couple of weeks.

After that Kona nailed the marks for both the land and water triples (despite a no-bird situation on the land test’s live flyer), did so-so on the water blind, respectable on the land blind and looked like a Hoover vacuum on the trail.

Despite passing on Sunday, I’m not happy with either Kona’s or my own performance. In addition to training sit to flush before the next test in two weeks, we’ll be working on line manners (specifically: creeping), water blinds and practicing more trailing. He did great on the trail Sunday, but I’m not confident in Kona’s confidence in himself on the exercise at this point.

I’m an idiot who has been extremely lazy in training this winter and obviously cramming doesn’t work when it comes to dogs. The ony reason I got one ribbon this past weekend is because I just have a good dog that can handle most of what I throw at him on short notice and with little preparation.