Admittedly, I don’t have a ton of use for a locator beeper. But there are times, even with a close-working... 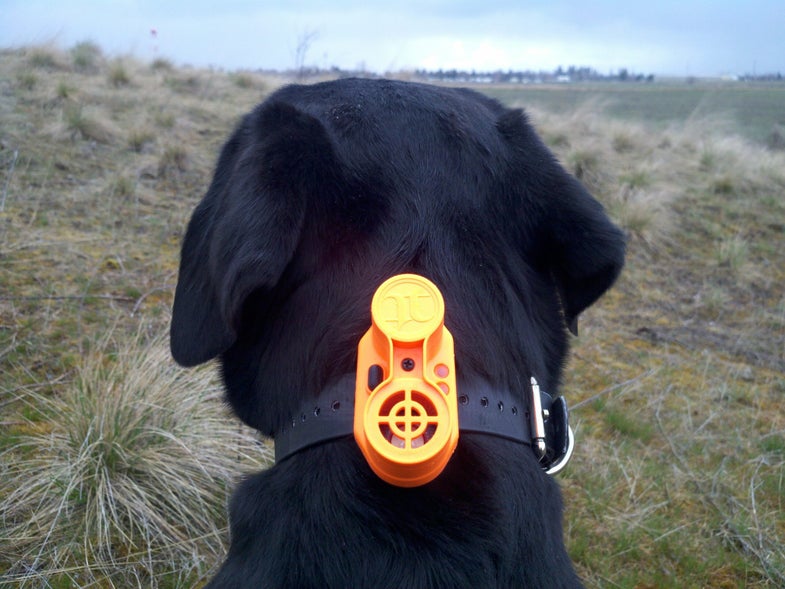 Admittedly, I don’t have a ton of use for a locator beeper. But there are times, even with a close-working flushing dog, when one comes in handy. On my trip to South Dakota this past season I used the Tri-Tronics G2 Beeper in conjunction with a Pro 100 G3 EXP e-collar. It worked passably well, but there were issues; mainly the fact that the collar kept spinning out of position while running and working the heavy cover of pheasant heaven.

The new Upland G3 Beeper from Tri-Tronics has eliminated that problem and has features that make it a must-have if you’re looking for a locator … especially if you’re running multiple dogs.

The old G2 Beeper was much more bulky and sat horizontally on the collar, which put it at odds with the G3 receiver sitting opposite it. A continuous battle for balance ensued, which caused the G2 to constantly spin out of its top-of-neck position.

The new Upland G3 Beeper has a vertical design and is so much more lightweight and compact that the spinning issue has practically been eliminated. I’ve been playing with it on Kona’s collar for the past couple of weeks while on walks and running drills, and even in the thick and steep terrain favored by ruffed grouse (not to mention elk and moose) on my buddy Woody’s place in northern Idaho this past weekend, without having to re-adjust its position at all.

Weighing in at only 3 ounces, with the battery installed, the Upland G3 Beeper is completely waterproof (a very good thing if you’re hunting around water during the early season, in warm climates or have it strapped to a water-loving Lab) and features four hunting sounds (including silent) and two on-point sounds (including an improved hawk scream) for a total of eight possible audible combinations.

With an audible range of more than 1/4-mile, the various sound settings on the new beeper can be changed simply with one button. Unlike the old G2, which required that you take off the collar and unscrew the back to change settings, the new G3 allows you to make adjustments quickly and easily on the fly.

My favorite features of the new Upland G3 Beeper, however, are the remote operation and instant locate. Like I said, running a flushing dog doesn’t usually require you to use a beeper in the same manner as a pointing dog, but in heavy cover and with multiple dogs running it’s nice to be able to quickly discern which animal in the brush ahead is yours; especially if you’re about to administer an e-collar correction.

The remote operation and instant locate allow an owner with a close-working dog in heavy cover to occasionally check-in on the whereabouts of their animal without having the beeper constantly sounding off. The remote operation, when paired with an e-collar, allow you to turn the beeper on or off from distance, while the instant locate feature allows you to simply press a button to hear a continuous series of beeps up to eight seconds in duration.

You can purchase the Upland G3 Beeper and an orange collar for $119 on the Tri-Tronics site or the beeper and an EXP receiver for $259.