While my Lab has brought back many [interesting items while afield](hyperlink:// http//www.outdoorlife.com/blogs/gun-dogs/2010/05/found-field), the bulldog prefers to eat what he finds.... 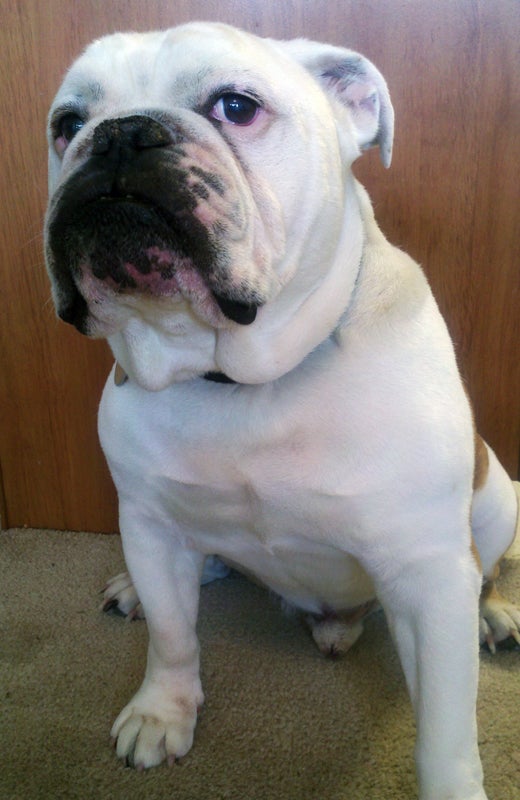 While my Lab has brought back many [interesting items while afield](hyperlink:// http//www.outdoorlife.com/blogs/gun-dogs/2010/05/found-field), the bulldog prefers to eat what he finds. Hours later he, as well as anyone unfortunate enough to be in a room with him, pay the price.

Such was the case yesterday when the Hoss sat in the corner making unruly sounds and smells. After several hours of trying to relieve his discomfort, he calmly puked up a pile of remains that nearly made me vomit and can only be described as disgusting.

The gas a bulldog can produce on a good day is amazing. When Hoss eats something he’s not supposed to, the smells that emanate from him burn nasal passages and make water boarding seem pleasant. Seriously, the CIA should use him down at Gitmo; there would be no terrorist secrets left to uncover.

I have no idea when Hoss found what looks like a bird and ate it. He rarely goes outside and when he does it’s not like he’s hunting; he does his business and then sits and waits until Kona and I are ready to go back inside.

Apparently, however, he had enough time to scarf down at least a partial carcass of some type of bird. At first, judging by the pile of dark, mucous-coated feathers, I thought he might have found a dead pigeon while on the training grounds with Kona, but the foot, yes, the foot accompanying the feathers doesn’t belong to a pigeon. I don’t know what kind of bird the webbed toes could belong to; do any Gun Doggers care to venture a guess?

While disgusting, the pile of feathers and foot weren’t gross enough to keep me from snapping a picture nor was it that surprising. Hoss is notorious for consuming, and somehow passing through his digestive track, some pretty amazing stuff. Hair, paper towels, my son’s toys, aluminum foil, plastic sandwich bags and the TV remote control (we had to x-ray him to make sure he didn’t eat the batteries) are just a few of the items he’s eaten (there are others that are much too gross to mention on a blog accessible to children).

Please tell me I’m not the only one whose dogs wolf down household and field-found objects with reckless abandon. What are some of the nastiest things your dogs have found and eaten?