Back in my younger days I enjoyed skiing. A day on the mountain was filled with fresh, cold air and... 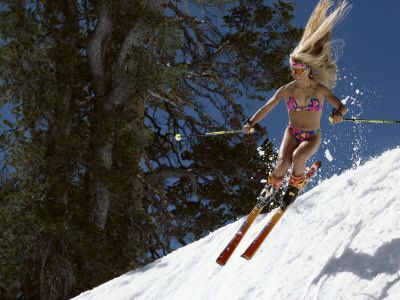 Back in my younger days I enjoyed skiing. A day on the mountain was filled with fresh, cold air and adrenaline rushes as my buddies and I pushed each other to do better. I used the mantra (sometimes it doubled as an excuse): “if you’re not falling, you’re not skiing hard enough.”

The same might be said of training your dog: if you’re not making adjustments, corrections or changes to your dog’s performance, you might not be training hard enough. You might just be practicing. Now, I say might because with dogs it’s very subjective and depends upon what you’ve already done with the dog.

If you haven’t taught the dog what you expect and then suddenly throw him into a scenario that he has to figure out by trial and error, then corrections, be them verbal, physical or via e-collar, are woefully unfair.

However, if you’ve gone through the teaching phase, the dog understands what you’re doing and what’s expected, then pushing him to do better by challenging him mentally and giving him every opportunity to make the correct decisions is training the dog.

If you’re simply running drills over and over or keep repeating the same scenarios in the same area, then the dog begins to pickup on what’s happening and can react accordingly.

“So many people don’t train, they just practice,” said pro trainer Dan Hosford recently when I was out at his place. “They just go through the motions and the dog isn’t really working or having to try.”

Now, practicing can have it’s benefits. It’s great for building a dog’s confidence and momentum, as well as re-establishing the basics, but repeating the same scenario or drill over and over in the same place doesn’t train the dog to react accordingly in the future in a new setting.

“When people train in the same place, the dog begins to pick up on cues and anticipates what’s going to happen next,” said Hosford. “You need to get the dog out of its comfort zone a little bit and challenge it, or else you’re just practicing and not training.”

You can push a dog by changing locations or making a known drill/scenario more challenging by increasing the complexity, distractions, number of birds, suction, terrain or getting out in inclimate weather (after all, hunting rarely takes place during ideal conditions).

I’ve been guilty of lazy training (especially over the last couple of months) and have repeated training sequences that rarely challenge Kona. What about you Gun Doggers? What’s your ratio of training vs. practicing?