This weekend marks the opening of pheasant season here in Washington state, as well as several other states. If reports... 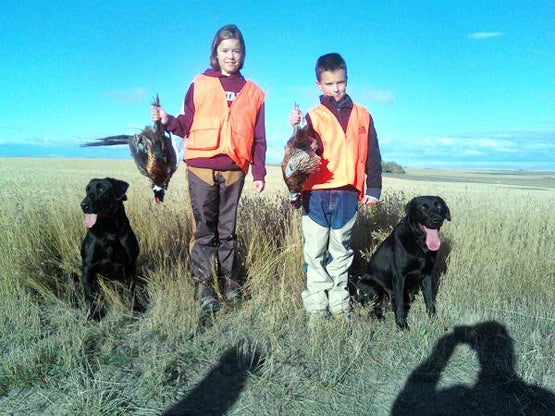 This weekend marks the opening of pheasant season here in Washington state, as well as several other states. If reports hold true coming out of states with earlier openers, places like Minnesota, Montana and the Dakotas, then lots of juvenile birds can be expected. Where to find them is the big question, and that has everything to do with habitat.

Like deer, pheasants, quail, chukar and other upland birds all relate to their habitat in order to survive. Various types of habitat–food sources, nesting cover and seasonal cover–all influence where you’ll find birds. Areas that include the necessary habitat types in close proximity are more likely to hold birds.

Those areas with nesting habitat or heavy winter cover, like cattail sloughs and shelter belts, near food sources and water are great places to push your pup through. As the season progresses and temps drop, concentrate more and more on those heavily protected areas as pheasants will start to congregate in greater numbers to stay out of the weather.

As the season progresses, you’re also likely to see more roosters. While it might seem counterintuitive to see more of the huntable sex later in the year, reports from the field to date point to a large population of juvenile birds.

As St. Pierre pointed out, these birds are likely the result of late-season re-nesting attempts by hens after a wet, cold spring that probably hampered initial nesting success. As long as the birds can put on full feathers and find appropriate winter habitat, they’ll provide shooting opportunities for hunters and likely survive to reproduce.

If either of those initiatives fail, it could hurt populations going forward–just another reason to support habitat organizations like Pheasants Forever and Quail Forever.