I don’t know why the idiocy of California continues to amaze me, but it does. The state is filled with... 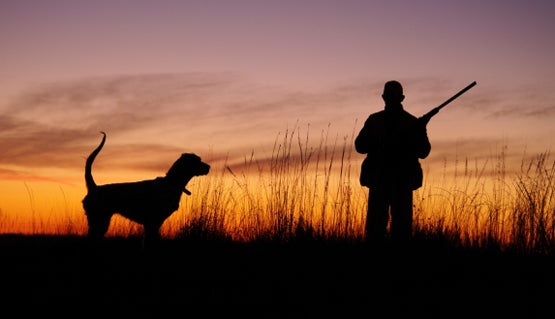 I don’t know why the idiocy of California continues to amaze me, but it does. The state is filled with misinformed activists who believe their way is the only way, and that everyone should live according to their morals and paradigms, while disavowing anyone who holds opposing views and values as being close-minded cavemen.

Such is the case with the passing of California Senate Bill 1221, which bans the use of hounds for hunting bears and bobcats. You’d think the people of California and the legislators that represent them would have learned their lesson when it comes to banning the hunting of large predators. Perhaps the legalization of medicinal marijuana has made them a little slow, in addition to stupid.

Since the 1970s there’s been a moratorium on cougar hunting in California. The people of the Golden State seem unable to grasp this simple fact: When an apex predator is allowed to reproduce in an ever-shrinking habitat, conflicts with humans arise. This has been the fallout from the bellbottom-era of politicking in the state. More cougars are killed per year because of nuisance complaints and human conflict than were taken when a legal hunting season was on the books.

The same thing is about to happen with bears and bobcats if/when this bill becomes state law.

More evidence of the stupidity of the anti-hunting advocacy, which is wholly supported by urban dwellers with a Disney-fied view of nature: Hound hunting was outlawed in Washington state in the late 90s (see a left-coast theme here?), and since that time cougar populations and conflict have soared…so much so that special hound permits are now available in some areas.

It would be nice to just sit back and watch as the inevitable conflicts with these predators escalate in the coming years, but we can’t. As Evan Heusinkveld of the U.S. Sportsmen’s Alliance points out in the group’s “Protect What’s Right” blog, the lies being told, and believed by legislators in California will undoubtedly be used against houndsmen, upland and waterfowl hunters, as well as every other sportsman in states across the country.

Precedence becomes set, supposed evidence believed and laws passed. The idiots win and those of us that enjoy watching a dog work field, marsh or forest are slowly forced out of the lands we monetarily support; unnaturally constrained to plush recliners like the Disney-loving lawmakers and activists puffing on the magical (medicinal, of course) weed.