Last year I set some waterfowl and upland-bird goals, and as I look at the upcoming season I’m thinking about... 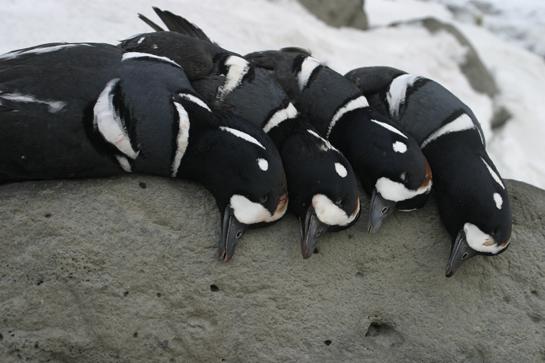 Last year I set some waterfowl and upland-bird goals, and as I look at the upcoming season I’m thinking about some new ones. Well, sort of new.

One objective was to bag at least one mature king eider and one mature harlequin while hunting St. Paul Island, Alaska, with Ramsey Russell from getducks.com. I completed those goals, bagging a mature drake of each species, as well as a juvie of each. However, I’m feeling greedy and want more.

In Alaska, the non-resident season limit of eiders (in any combination; the most desired being the king), harlequins and long-tailed ducks (formerly known as old squaw) is four. I only bagged half of my allotted limit, but count myself lucky as being able to have a king eider for the wall. I’m confident I could have collected two more harlies with Alaskan Eider Outfitters in those final days (there were tons of them working along the shoreline), but we were looking for kings.

Now that I’m home and the king, harlie and long-tails are with award-winning taxidermist Dale Manning of Custom Birdworks in Missoula, Mont., my mind keeps going over the poses I’ve picked for each in anticipation of receiving them and where they’ll go on the mantle (OK, end tables and bookshelf).

The harlequin will be mounted by himself, swimming in a resin replica of the water’s surface next to a detailed sea rock (check out some of the shots in Manning’s gallery; they’re awesome). But, for some reason when I imagine it, that single drake harlie just seems so damn lonely. Another drake standing on the rock would make the mount look so much better.

So there’s my goal. Bag another drake harlequin.

Here in Washington state, residents can take one harlequin a season. That’s pretty damn restrictive, but better than none – at least it’s an option without having to travel out of state. So while I’ll be gunning for pheasants, quail, chukar, and puddle and diver ducks in eastern Washington, I’m looking to set up a trip to the western Washington coast to bag a single drake harlequin.

I can’t help it. These little birds are just so cool looking and a few together in a mount will be something to treasure for years.