DIY Hunt in Alaska Coming Up … Will a Harlequin Go Down?

If you remember my post from August on setting season goals, you’ll remember that bagging another mature harlequin was one... 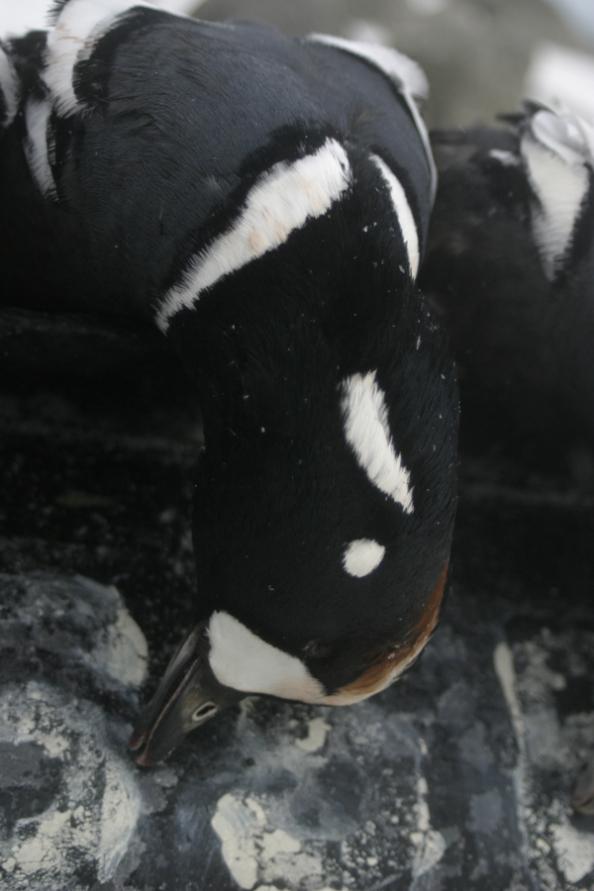 If you remember my post from August on setting season goals, you’ll remember that bagging another mature harlequin was one goal for the 2012 waterfowl season. It seems that goal might be in reach.

From Oct. 25-31 I’ll be traveling to and hunting Alaska’s Prince William Sound with Trevor Peterson, who I met last year on St. Paul Island in Alaska’s Bering Sea while hunting king eiders. Trevor might be the luckiest waterfowler alive, as he bagged a banded king eider on St. Paul; only the 10th band taken in history.

While we won’t encounter any king eiders on the trip, we should have ample shots on plumed-out harlequins, as well as long-tailed ducks, both goldeneye species (Barrow’s and common), some scoters (they probably won’t be in full plumage, however), and maybe some geese.

Perhaps the coolest thing about the hunt, besides, obviously, the ducks, is that this is a DIY hunt. Using a transport boat, we’ll be dropped off at a small Forest Service cabin that will serve as our headquarters for three or so days.

Getting to Alaska and planning a trip like this would probably cost about the same as using an outfitter or guide (which greatly reduces the hassles) if you were coming from other parts of the country (it’s not quite so bad coming from nearby Washington state), but the Forest Service has cabins, lookout towers and other camping options in many other states.

Check out the government’s site and select “camping and lodging” under “Interested in” and then highlight “cabins” from the next drop down (or RV site, trailer site, tent site, etc.) and enter your state in the “location” field. A list of cabins with amenities, prices (usually very reasonable) and other info will be displayed. Look into using them to plan your own DIY hunt in your home state or a nearby one.

Just a couple of months ago I didn’t think an opportunity like this would come along for quite some time, so I’m looking forward to checking my preseason goal off the list (no jinx, no jinx, no jinx). As this goal appears to at least be attainable, I’m amending my list of goals to include: collecting the common and Barrow’s goldeneye, as well as a bufflehead; they’re the three living species in the Bucephala genus, and they are pretty cool-looking birds in their own right.